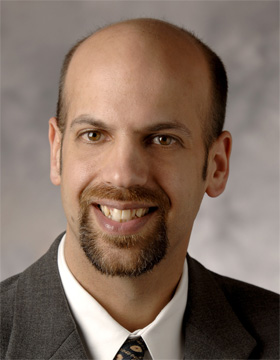 Lawyers, economists, and even philosophers conventionally understand markets as allocative mechanisms. Allocative theories approach markets as technologies for distributing goods among persons in the service of efficient investment, production, and (ultimately) consumption. The allocative view of markets has been perhaps the single most conspicuous achievement of the social sciences over the last century.
The theory of market solidarity takes a different approach. The theory elaborates a philosophical and legal sociology of market orderings, cast as freestanding sites of social cohesion.
This theory meets an explanatory demand introduced by the scope of observed social cohesion. Social cohesion depends on centripetal forces to counteract the centrifugal forces associated with private right-reason. These centripetal forces might act along two dimensions. Vertical forms of social cohesion involve asymmetric relations of authority and deference. Horizontal forms of social cohesion involve symmetric because reciprocal authority relations.
There are good reasons to doubt that vertical solidarity taken alone can explain observed social cohesion. In particular, vertical solidarity is vulnerable wherever there is significant injustice, which is to say everywhere. The theory of market solidarity fills this gap in explanations of social cohesion, elaborating additional centripetal forces that counteract the centrifugal forces of private right-reason.
Market solidarity arises through two main mechanisms. Price-commensuration solves the epistemic problem associated with value difference; and contract-integration solves the normative problem associated with the authority of the market. Both mechanisms give market solidarity the power to launder injustice. Markets thus sustain social cohesion even after the forms of solidarity associated with politics and the state have run out.
Market solidarity is thus not merely second-best. Rather, interest and commerce achieve what virtue and politics cannot.

Lawyers, economists, and even philosophers conventionally understand markets as technologies for distributing goods across persons in the service of efficient investment, production, and (ultimately) consumption. But markets also serve a second function, which is very different and equally substantial. Market orderings establish an important and free-standing site of social cohesion. Market solidarity - as market based social cohesion might be called - exerts a powerful centripetal force that sustains order against the centrifugal forces that constantly threaten to tear cosmopolitan societies apart. Market solidarity, moreover, is not merely second-best. Rather, commercial self-interest achieves what political virtue cannot.

Market solidarity arises through two mechanisms: Price-commensuration, solves the epistemic problem associated with value difference; and contract-integration, solves the normative problem associated with the authority of the market. The theory of market solidarity elaborates these mechanisms into a philosophical and legal sociology of market orders. Along the way, the theory will place a special emphasis on the legal regime - contract - in and through which economic markets are, quite literally, made.

The distributional preferences of an elite

The expectation remedy and the promissory basis of contract

Promise as an arm's-length relation

The myth of efficient breach

Arbitration's arbitrage : social solidarity at the nexus of adjudication and contract

A modern legal ethics : adversary advocacy in a democratic age