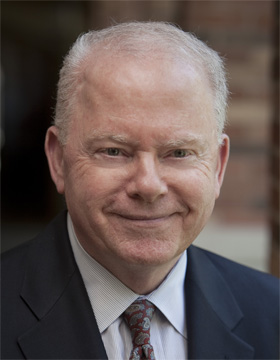 Born in 1941 in Washington, DC
Studied Economics at Columbia University, Law at Harvard University, and Law and Legal History at the University of Cambridge

The Trend Toward Negotiated, Non-Trial Disposition of Criminal Cases in Advanced Legal Systems, with Particular Reference to StPO § 257(c) in Germany

In recent decades, the criminal justice systems of many advanced legal systems have shown a pronounced trend to resolve ever more cases by means of negotiation and settlement rather than by adjudication. The troubled practice of plea bargaining in the Anglo-American systems is the most characteristic example. The German legal system long resisted, but has changed course and now makes use of such practices. During my stay at the Wissenschaftskolleg, I want to study the spread of negotiated, non-trial criminal procedure to Germany. I plan to explore conventional printed sources and also to do some interviewing of criminal justice professionals and scholars.

Over the past generation the courts that decide cases of serious crime in Germany have undergone a profound change in the way that they conduct their work. Increasingly, they resolve cases by a practice called Absprachen, literally "negotiating," but better translated as "confession bargaining." In such cases, the presiding judge of the court negotiates a deal with the lawyer who represents the defendant. In return for the defendant agreeing to confess the charge against him, the judge will materially reduce the punishment that would have been imposed if the court had found the defendant guilty after a full trial on the evidence without the confession. By enabling the court to convict the defendant primarily on the basis of the confession, the deal materially shortens the trial and simplifies the work of the court.

German confession bargaining shares with American plea bargaining a fundamental evil: A confession given in return for a reduced sanction is by its very nature unreliable. As the disparity grows between the reduced sentence that the judge offers the defendant for confession, and the sentence that is threatened for conviction if the defendant refuses to confess and is thereafter convicted, the pressure to waive defenses and accept the offered deal becomes ever more intense. Bargained confessions are coerced. In the US, there is now abundant empirical evidence that such bargains induce innocent persons to confess falsely.

Confession bargaining offends core principles of German criminal procedure, above all, the court's responsibility to satisfy itself of the defendant's guilt and the appropriateness of the sentence. Nevertheless, in a decision rendered in 1997, the Bundesgerichtshof (the supreme court in criminal procedure matters) sustained the practice in a badly reasoned opinion. In 2009 the legislature effectively codified the 1997 decision, and in 2013 the Federal Constitutional Court gave the statute provisional approval against constitutionally-based attack.

For discussion: Why has this happened, how serious is the damage to the German tradition of truth-seeking in criminal adjudication, and what is the future of criminal trial?

History of the common law : the development of Anglo-American legal institutions Aspen Publishers

Torture and the law of proof : Europe and England in the ancien régime