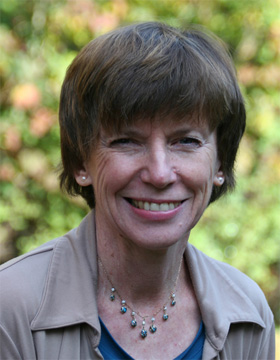 James Loeb Professor of the Classics

Staged Violence: The Spectacles of the Roman Arena

My project investigates how the violent spectacles of the Roman amphitheatre - gladiatorial combat, beast hunts, staged naval battles, and spectacular forms of capital punishment - fit into the attitudes and conventions of Roman society as a whole. I will focus on the high Empire, but the early development of arena spectacles will also be crucial, to illustrate the shift from the staging of gladiatorial combat as a funerary celebration to its deployment as a highly politicized means of social control. It will also be necessary to account for the gradual disappearance of, first, gladiatorial combat and, ultimately, staged hunts in Late Antiquity, which should be attributed not only to changing social, political, and - especially - economic factors, but also to a gradual shift of taste, the reasons for which I shall try to identify.
The extravaganzas put on by the emperors in the Colosseum at Rome have often claimed the scholarly limelight. I will continue a trend in modern scholarship that moves the spotlight from the "big men" of the metropolitan center to the "little men" of the Italian peninsula and the provinces, and try to account for the complex social, economic, political, and psychological factors that sustained violent entertainment as the standard export of Roman culture throughout the entire empire for almost half a millennium. Much of the evidence comes from inscriptions - both honorific and funerary - testifying to the munificence of sponsors and the achievements of the gladiators whom they displayed; or from coins recording imperial grants of privilege for cities that staged violent spectacle; or from lamps stamped with images of gladiators in combat, or a frieze of their weapons; or from reliefs and mosaics that represent with gruesome particularity the suffering of combatants and victims. I intend to combine all this evidence, along with the scanty literary treatments that survive, in order to explain the role played by violent spectacle in Roman imperial society.

Complicit in Violence: Viewing Roman Society through the Lens of the Amphitheatre

The violent spectacles of the amphitheatre were all-pervasive in the Roman world, from miniature representations of gladiatorial equipment on clay lamps to the extravaganzas of the spectacles themselves. Whether these were staged by the emperors before thousands of spectators in the Colosseum or by local grandees in remote communities deploying a few pairs of gladiators and a handful of beasts, the entire range of Roman society was complicit in this institution for hundreds of years. Since violence, in many forms, remains endemic in the modern world, I believe that it is important to try to understand what functions arena spectacles performed in the Roman empire and how far these were culturally specific.

The term "Roman empire" is both a place (the Mediterranean basin and surrounding land mass from Britain to Iran and from the Rhine to the Sahel) and a period (at least four centuries, depending how you count). It is therefore extremely dangerous to generalize from scattered pieces of evidence that are hard to date and in many cases entirely deracinated from their original context. Nevertheless, it is possible to see regional and chronological differences in the way arena spectacles were deployed that reflect larger changes in Roman society, the most obvious being the export of Roman spectacles to the Greek-speaking East and the confrontation between the Roman state and the new cult of Christianity.

The evidence is at best patchy and at worst completely missing, and much is still poorly understood, but from a combination of textual and visual attestations we can piece together something of how contemporaries - sponsors, spectators, and protagonists - approached these spectacles, and what values they ascribed to them. In this presentation, I shall try to demonstrate how arena spectacles encapsulated behavior and attitudes that are characteristic of Roman society. I shall also touch on objections and resistance by dissenters, whose opposition to these practices was often motivated, in turn, by considerations that may seem alien to modern values.

Melior's plane tree : an introduction to the ancient garden

"Bureaucratic language in the correspondence between Pliny and Trajan

Kathleen M. Coleman in an interview with Julia Spinola