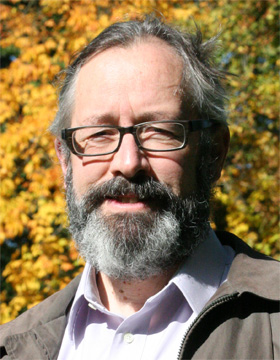 Trust and the Quantification of Credit

I will complete a book on the sociology of trust. Trust involves both uncertainty and vulnerability and becomes problematic when an individual is vulnerable to the unpredictable actions of another. How do people manage trust- I consider this by examining the development of credit and credit institutions in the US from the early 19th until the mid-20th century. Credit forms the foundation of modern market economies and poses a basic problem: how do creditors decide which debtors to trust? Creditors manage this practical problem in various ways, but their decisions combine individual factors, social networks, and social institutions. Over time, the focus of credit management shifted from the debtor's personal character in the context of informal social relations to the systematic use of quantitative data with reliance on formal-legal relations. Character still mattered, but not as much. Personal trust based on direct contact, informal relations, and idiosyncratic knowledge has given way to impersonal trust based on indirect contact, formal relations, and quantified knowledge. My study examines how formalization and institutional change shaped trust and consequently affected the volume and forms of credit. Three levels encompass the factors that creditors used to decide whom to trust. The individual level includes the debtor's personal character and financial status (how creditors measure these has changed with more systematic financial information) and debtor and creditor goals. The network level includes the informal social relationships between debtor and creditor, the formal-legal relations between debtor and creditor, the debtor's and creditor's other network ties, and intermediaries between debtor and creditor. The institutional level includes the legal remedies available if default occurs (e.g., bankruptcy law), but institutions also affect how the other levels operate. For instance, legal and regulatory changes make possible new formal contractual ties between debtors and creditors, and legal and organizational developments have created new ways to assess the financial status of debtors (e.g., credit ratings, accounting measures). These factors are not equally important, and the balance among them has shifted over time.

Credit forms the foundation of modern market economies, and poses a basic problem: how do creditors decide whom to trust? Creditors manage this practical problem in various ways but their decisions frequently reflect a combination of individual factors, social networks, and social institutions. Over time, the focus of credit management shifted from the debtors personal character viewed in the context of informal social relations, to the systematic use of quantitative data in a formal-legal context. Character still mattered, but not as much. Personal trust based on direct contact, informal relations and idiosyncratic knowledge has given way to impersonal trust based on indirect contact, formal relations and quantified knowledge. My work examines how formalization and institutional change shaped trust, and consequently affected credit.

Credit has been significantly affected by the use of credit ratings, a method invented in the US during the 19th-century for the systematic quantitative measurement of the trustworthiness of debtors. Initially, credit ratings were used to allocate trade credit, the short-term unsecured credit that a supplier or wholesaler extends to business customers. Rating agencies like R.G. Dun used a national network of correspondents and branch offices to gather large amounts of confidential information about particular firms, and then transformed that information into a summary credit rating. Rating involved classifying a firm into an ordinal category system that varied from high to low. Ratings were published in manuals that were sold and distributed to subscribers, who supposedly used the ratings to improve their own decisions about whether or not to extend credit to a specific firm. A subscriber could use a rating to avoid two kinds of mistakes: lending to a firm that was a poor risk, and not lending to a creditworthy firm. Credit rating spread widely and became a familiar feature of US business practices by the end of the century, used by suppliers and wholesalers but also by banks and insurance companies. The method and format of credit rating was then explicitly adopted by John Moody when he started to rate railway bonds in 1909. Moody and his competitors expanded coverage to include corporate bonds, utilities, and sovereign debt. They also classified debt issuers into the now familiar ordinal categories that start with "AAA" for the highest level of creditworthiness, and then go down. Bond ratings were originally sold to investors to help guide their investment decisions, but were harnessed to other uses as they were incorporated into public regulations (starting in the 1930s) and private financial contracts (starting in the 1990s). In the late 1950s, credit ratings for individual consumers emerged with the invention of FICO scores. These are widely used in the US to govern access to mortgages and credit cards, but also insurance, rental housing, and employment opportunities. Recently, ratings played a key role in Wall Street financial engineering and the 2008 financial crisis.

The quantification of trust in credit markets began in the 19th-century and continued until well into the 20th. Credit rating now plays an important role in the governance of global and national credit markets, and in the allocation of resources and opportunities.

Financial decommodification : risk and the politics of valuation in US banks

Regulation writ large : a comment on Huault and Richard’ “The Discreet Regulator”. By Isabelle Huault and Christelle Richard

The meanings of money: a sociological perspective

City of capital : politics and markets in the English financial revolution Princeton paperbacks

The color of money and the nature of value: greenbacks and gold in postbellum America