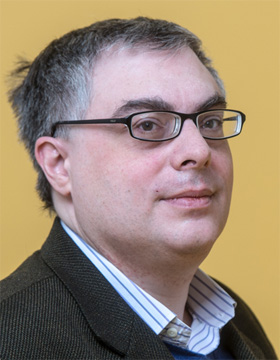 Contextualism: From Language to Mind

Contextualism in the philosophy of language consists in holding that the truth value of a statement depends on the particular circumstances of its utterance. So, if one wants to assess a statement, one has to take those circumstances into account.
If a statement is taken to be the linguistic expression of a thought, one might be tempted to transpose the contextualist tenet from the analysis of linguistic performances to the analysis of thoughts. However, such transposition proves to be no easy thing. A thought cannot be dealt with as a linguistic performance and its conditions of identification are completely different. It seems clear, however, that the context, in a sense rather similar to the one of the circumstances of utterance, plays a decisive role in the individuation of thoughts as well. Superficially similar thoughts might prove to have really different contents depending on the concrete nexus of relations in which the thinker stands to reality. As a matter of fact, thoughts might have as fine a grain as our ways to be in reality.
Thus, the analysis of thoughts requires some contextualism, too. However, since thoughts are not "uttered" except by utterances in the proper - i.e. linguistic - sense of the term, their way to be contextual as thoughts - not as expressions of them - cannot be the same as the one of linguistic performances.
My project is to articulate this difference, to investigate the particular contextuality one might ascribe to thoughts and the relation between this contextuality and the one of the linguistic performances in which thoughts are expressed.
I thereby expect to take a step further into a possible understanding of the categorial difference - and connection - between language and thought.

Context in Language and Mind

My talk will have two purposes:

First, to introduce the contextualist approach as it has been developed within the philosophy of language since J. L. Austin, and to make clear what is at stake in it. I am going, in particular, to make a distinction between contextualism and relativism, which are often confused, although they have a completely different logical structure. In this analysis of linguistic contextualism, I am going to endorse, against any kind of 'moderate' version of contextualism, the 'radical' version that has been advocated by Charles Travis.

Second, to address the question of the possible transposition of linguistic contextualism to the level of mind. What would it mean for a thought to be 'contextual'? At that level, it seems that a lot of misunderstandings arise in contemporary philosophical literature. I am going to try and make clear what could be the meaning and the limits of the transposition. I would like to show at the same time why linguistic contextualism matters to the study of mind and why one of its main consequences is that we should not treat the mental contents as anything analogous to words.

What is a concept?