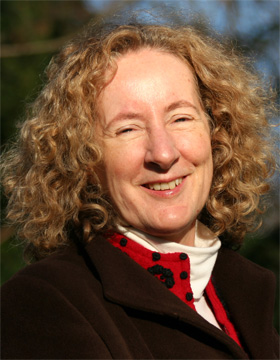 My research within the quantum biology focus group will address the characterization and elucidation of quantum dynamical effects in biological systems with the overall goals of understanding both the mechanism and the role of such unusual quantum manifestations. We shall use methods of quantum control and quantum measurement to enhance coherence sensitive tools of quantum physics and to develop new probes for quantum dynamic phenomena such as excitonic energy transfer in photosynthesis and magnetic field-dependent spin dynamics in cryptochromes. For example, the role of the protein environment in quantum coherent energy transport during light harvesting will be studied by analyzing features of the protein dynamics that are coupled to electronic energy transfer by adapting techniques such as quantum control, quantum tomography, and parameter estimation to the exploration and refinement of environmental enhancement factors for finite temperature coherence. We will draw on our experience in the fields of chemical physics, quantum information, and quantum information processing to develop a molecular level understanding of when, where, and why quantum dynamics are to be found in biological systems and to characterize these both in vivo and in vitro. These dynamical quantum phenomena pose fundamental questions to the quantum physics and chemistry communities as well as to the biology community. By their nature, they demand an interdisciplinary approach of study that combines and unites all three scientific communities. Our goal is to develop and apply such an approach in order to gain new insights into the quantum aspects of biological processes, insights that go beyond the notions of the structure, energetics, and stability of biomolecules to address the influence of quantum dynamics.

What role does Quantum Mechanics play in Biology?

The development of quantum mechanics in the early years of the twentieth century transformed both physics and chemistry, providing a new understanding of the microscopic behavior of atoms and molecules. By 1930, physicists had also begun to ask about the implications of quantum mechanics for biology. Some (notably Bohr and Jordan) focused on vitalism and a search for some biological analog of the complementarity principle. Others, beginning with Delbrück, worked together with chemists and biologists to probe biological systems with quantum techniques such as X-rays that could reveal critical aspects of their structure, stability and relation of these to function. Culminating with the publication of the structure of DNA in 1953, the conceptual foundation of this first era of quantum biology relied on the recognition of the quantum nature of energy levels, which allowed analysis of both structure and stability within the combined framework of quantum and statistical physics.

We may regard the second era of quantum biology as beginning with the development of lasers in the 1960s. This ushered in a new generation of experiments capable of probing dynamics in biological systems on the very short time scales relevant to atomic and molecular motions. As these experiments have become increasingly sophisticated, this has led to a renaissance of interest in quantum biology whose focus is now primarily on quantum dynamical effects. Today, advances in quantum sciences and nanotechnology are driving the development of both novel probes of living cells and microscopic studies of biological phenomena that may involve non-trivial quantum effects such as entanglement.

I shall give a brief overview of the range of phenomena in which dynamical quantum effects have been claimed to play a role, whether these claims derive from experimental observations or from theoretical considerations. Then I shall address the diverse questions that these studies raise for our understanding of nature. I divide these here into three categories:

I. Fundamental questions for our understanding of quantum physics of complex systems and the division between quantum and classical behavior.
II. Questions concerning the extent to which quantum effects are key mechanistic components of the relevant molecular processes and possibly even key to the functionality of the biological system.
III. Larger scale questions that address the more challenging issue of understanding the quantum effects measured in organisms living today in the context of evolution. For example, we can ask whether such quantum effects have enhanced the fitness and/or aided in diversification and adaptation of plant and bacterial organisms to changing environmental conditions. Or are they merely corollaries of adaptation to pressures unrelated to the processes in which we observe them today?

Consideration of these issues leads us to reexamine our understanding of quantum mechanics, of the biological world that we inhabit, and of ourselves.

On Coherent Quantum Effects in Biology