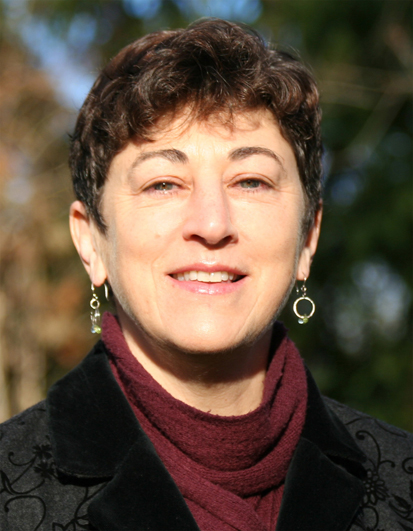 Born in 1958 in Massachusetts, USA
Studied History and Philosophy of Science at Princeton University and Organismic and Evolutionary Biology at Harvard University

I will be working on a new scientific book that aims to explore the relationship between organisms and their environments and how this relationship shapes the process of evolution. In a conventional neo-Darwinian view, genes dictate the form and function of individual animals and plants, which then either succeed or fail in various environments. In this view, the organism itself all but disappears from the evolutionary process, which is seen to simply match different DNA sequences with various types of external conditions. Over the past decade, advances in (a) the molecular basis of development and (b) the evolutionary ecology of natural populations have suggested an updated view of organisms as dynamic systems interacting with their environments. These organism-environment interactions occur in two key ways. First, the individual's development is directly affected by its environmental circumstances, often in ways that are specifically suited to those circumstances. This area of study is known as "ecological development". Second, the organism's own body, physiology, and behavior shape its ecological niche, and consequently influence its subsequent evolutionary change under natural selection. This complex ecological feedback has been termed "niche construction". I hope to develop an integrated understanding of the organism-environment relationship in the light of current information from these two emergent biological disciplines. This synthesis is particularly timely as biologists seek a unified contemporary framework in which to investigate the developmental outcomes, ecological success, and evolutionary prospects of organisms in rapidly changing environments. The book is under contract with Oxford University Press.

Among biologists, the prevailing view of development is heavily gene-centered. It rests on the idea that a plant or animal's DNA sequence (its genotype) constitutes a "program" that determines the individual's traits and behavior (its phenotype). This gene-centrism has profound implications for our understanding of how organisms work, and of the nature of differences between individuals and populations. Because DNA is passed from one generation to the next, a gene-centric view also provides the foundation for a particular view of the evolutionary process, as a sorting of specific genes to produce functionally specialized, genetically distinct groups.

An alternative, increasingly influential view is that a given genotype will develop differently in response to its particular environmental conditions. In this view, phenotypic outcomes result jointly from genes and environment. To characterize an organism's repertoire of potential environmental responses (known as its norm of reaction), it is necessary to raise copies of the same genotype in different conditions. Plants are particularly well suited to this kind of research, because individual genotypes can be cloned and grown in well-defined alternative environments. We also know which environmental factors are most critical to plant development - light, water and mineral nutrients. Interpreting the functional consequences of plant phenotypes is also relatively straightforward, so environmental responses can be examined as a mode of adaptation at the individual level.

In this talk, I present results of experimental work from my lab group that illustrate the dramatic phenotypic plasticity expressed by individual plant genotypes.  I discuss how plants appropriately alter the size, shape and proportions of organs such as roots and leaves in response to specific environmental limits.  I then present data showing that parent plants that experience drought adaptively alter traits of their offspring, a trans-generational aspect of environmental response. New findings regarding rapid evolution of adaptive response patterns in an invasive species are also discussed.  I draw on these empirical data to raise three fundamental yet unresolved biological questions about adaptation, inheritance, and evolution. These "big questions" motivate my Wiko writing project on the complex relationship between organisms and their environments.

High-performance genotypes in an introduced plant : insights to future invasiveness

How stable 'should' epigenetic modifications be? : Insights from adaptive plasticity and bet hedging

Development in context : the timely emergence of evo-devo

Nature AND Nurture: An Interactive View of Genes and Environment

Nature AND Nurture: An Interactive View of Genes and Environment