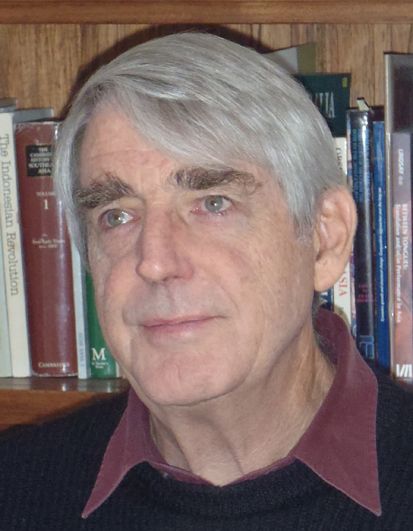 A New [not "over-stated"] History of Southeast Asia: Lands below the Empires

Historians of the current post-nationalist era are increasingly aware that their profession arose with modern nation-states and made its principal business the chronicling of those states. Our fixation on the spectacular successes (and failures) of those states in modern times has led us to look for comparable institutions in times and places where they played no such dominating role and to marginalize themes and actors that cannot be narrated in state terms. Not only have stateless societies thereby become "People without History", but systems of social organization based on kinship, religion, and ritual or economic reciprocity are classified as primitive and doomed, when not wholly ignored. The challenge is how to do better. In seeking to write beneath and beyond the state, Southeast Asia is an excellent place to start.
In this region of forest and water, the legal-bureaucratic state with which we are familiar has been an alien intruder, with little purchase over its peoples until the twentieth century. I have shown for Sumatra that the stateless highlands accounted for around 80% of its population as late as the early nineteenth century, even though all the history found in existing texts relates to the other 20% (Reid 1998). A similar distortion can be shown for most of Southeast Asia except Vietnam (which adopted deltaic agriculture very early) until the nineteenth-century era of colonial settlement of the littoral and drainage of the swampy deltas. The highlands were freer of diseases, easier than the densely forested lowlands to tame for agriculture, and free from the incipient state structures of the coastal river mouths.
Populations appear to have consciously opted for their own pattern of social organization through kinship and ritual, evading the trade-based river states to practice "the art of not being governed", as James Scott (2009) puts it. His book makes it unnecessary for me to belabour this point further; rather the question is the degree to which history can be responsibly rewritten in the balanced mode his manifesto invites.

Three Reasons to Write a History of Southeast Asia

Southeast Asian history merits the attention of the people who are its heirs for all the usual reasons, and because much of that history offers a route around and beneath the brittle nationalist preoccupations of many of their textbooks. It merits the attention of outsiders for three particular reasons: its women made a larger contribution to the economy and public sphere than in other societies whose histories are known; its dangerous tectonic interfaces can determine the worlds climate and the survival of our species; and it is easier there than elsewhere to disentangle history from the narrative of states that in general dominate our profession. Because I have long ago said my piece on the first of these, I will concentrate on the 2nd and especially 3rd.

1) The distinctive gender pattern, which generally balanced the role of men and women in the economy, needs more attention in a world that imagines itself only now discovering gender equality. The Southeast Asian pattern is one in which modernity gradually imposed patriarchy, as first the scriptural world religions, and then European/global models of state, corporation, family and fashion, gradually become marked as modern, while Southeast Asian complementarity became marked as rural, poor and superstitious.

2) In modern times (post 1800), the worlds two most destructive volcanic eruptions and its most destructive tsunami have all been caused by the subduction of the Indo-Australian tectonic plate under Sundaland, forming the crumpled outer ring of Indonesia and the Philippines. We can only understand the likely future pattern of global climatic disasters by improving our knowledge of when and how earlier events occurred. Historians and geologists need to cooperate to remedy the badly underresearched picture in Southeast Asia.

3) The greatest challenge facing me at Wiko is to write a book that escapes the state-centred bias of the historians, yet finds alternative narrative techniques to do justice to this region's diverse people. Southeast Asia seems fertile ground for the kind of history that acknowledges our common human dignity and responsibility for the planet we now govern. In this region of forest and water, the legal-bureaucratic state with which we are familiar has been an alien intruder, and other forms of social cement appeared to enable larger cultural systems to flourish. Yet downgrading the flamboyant kings, conquerors and dictators involves the risk of producing depersonalized history in which no individuals stand out. On this I need help.

History and seismology in the ring of fire : punctuating the Indonesian past

Anthony Reid and the study of the Southeast Asian past Nalanda-Sriwijaya series ; 3