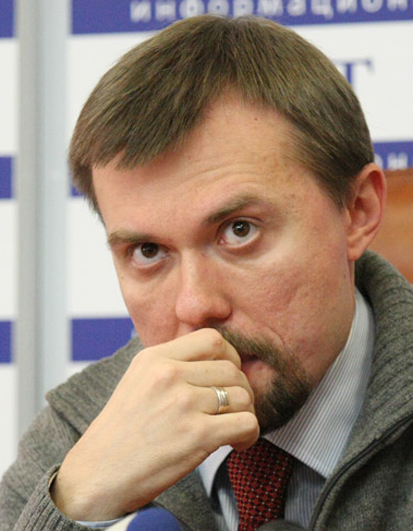 The principal aim of my project is to finish the book on Yekaterinoslav-Dnipropetrovsk "Almost Capital Without History" (together with my sister Tetyana Portnova). The basic idea is to put local events and realities into a broader historical, sociological, and cultural context and to look beyond the national narratives and various popular interpretations of Ukrainian, Russian, Soviet, and Eastern European history. Special attention will be devoted to the issues of changing cityscape and competing self-definitions and self-perceptions of the city dwellers. The coexistence of the rural and the urban, of huge factories and city infrastructure with the agrarian areas including private livestock and private gardens, and the interrelations of the two lifestyles within the same city is another focus of the research. The history of Dnipropetrovsk allows us to gain new insights into the revolutions on the peripheries (the Russian and Ukrainian revolutions of 1917-1921, the collapse of the Soviet Union, the "Orange Revolution" of 2004, which in Dnipropetrovsk differed substantially from the same events in other parts of "Eastern Ukraine"). Yekaterinoslav-Dnipropetrovsk is also a great laboratory for studying various modes of the coexistence, conflicts, and interrelations of different ethnic and religious groups (the history of the Jewish community as well as the stories of the local German, Polish, Karaite groups). The paradoxes of the city's "closeness" in Soviet time and the forms of dissident movements (from Ukrainian nationalists to Zionists and neo-Baptist activists) are no less important. The paradoxes of post-Soviet pluralism in the symbolic, economic, political, social, and cultural life of the city, its self-representations and images will be analyzed in the last part of the book.

The Soviet Academy of Sciences and the Soviet University: How did Pokrovskij replace Humboldt?

Was Soviet historiography a collective victim of state oppression or co-creator of the Soviet system? The art of derogation and the pleasure taken in humiliating your academic colleagues: Why and how did Soviet academia succeed in helping the authorities to subordinate it to their will.

Soviet Homo academicus: Why was academic solidarity so easily destroyed at so early a stage, namely in the 1920s? And what did this Soviet academic Gleichschaltung look like?

How does one distinguish between "Soviet," "Russian" and "Ukrainian" in the history of Soviet sciences and humanities? Sovietization through Ukrainization as a taboo topic: Why and where was Soviet Ukrainization so limited? Why was Marx translated into Ukrainian from Russian?

Who among the historians survived Stalins purge and why? What role did an historians subject matter, geographic location, and ethnic and social origin play in his or her survival?

How were "safer" topics, institutions and Soviet historians "division of labor" interrelated? And how can the variety of "center-periphery" attitudes and relations be interpreted?

What remained of the Marxist component in Soviet Marxism-Leninism? Where did tens of thousands of Soviet party historians disappear to after 1991 - in other words, where did post-Soviet sociologists and "culturologists" come from?

What forms of open or indirect opposition to the official norms existed in the Soviet period and how did they transform themselves in the post-Soviet era?

How were fashionable Western words used to camouflage perpetuation of the late-Soviet system at the institutional and personnel level?

New wine in old bottles: How did "national history" replace the history of the "class struggle"?

The institutional post-Soviet transformation: Why did Stalinist structures appear to be more viable than newly created institutions?

Why are all Ukrainian politicians "professors" and "doctors"?

Why are the mid-1990s so important to an understanding of the generational and methodological lines of division in post-Soviet Ukrainian historiography?

Whose language do we speak? : Some reflections on the master narrative of Ukrainian history writing

Soviet Ukrainian historiography in Brezhnev's closed city : Mykola/Nikolai Kovalsky and his "School" at the Dnipropetrovsk University

Ukrainian identity : the dynamics of unification and disintegration

The Ukrainian War and the New World Order