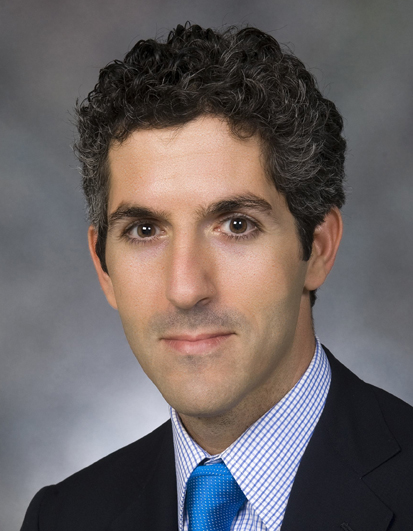 Born in 1968 in Washington, DC
Studied History at Princeton University

The Origins of Sectarianism in the Modern Middle East

My project aims to provide a concise explanation of the problem of sectarianism in the modern Middle East. It disputes a prevailing notion that sectarianism reflects an age-old religious atavism, or the simple resurgence of supposedly traditional religious solidarities. It also disputes the idea that sectarianism represents a failure on the part of the Middle East to modernize. Instead, this project argues that sectarianism in the Middle East actually reflects the intersection of three interlocking factors: first was the rise of Western imperial humanitarianism that aimed to save the supposedly subjugated minorities of the East; second was the "decline" of the Ottoman Empire and with it the unraveling of a complex system of imperial Islamic discrimination; third was the emergence of a discourse of equality and liberation in the Middle East.
To illustrate this thesis, this project will delve into three different examples: first, the foundational case of nineteenth century Ottoman Lebanon in which the struggle between the European self-proclaimed Great Power mandate for the liberation of Oriental Christians and Ottoman imperial reform led to the emergence of the first models of a sectarian form of government, that is, the division of public office along explicitly sectarian lines as a mechanism to guarantee equality of representation; second, the twentieth century case of the British mandate of Palestine in which the British imperial authorities sought to "equitably" balance Arab and Jew, albeit within the framework of the Balfour Declaration, which called for the establishment of a Jewish National Home in Palestine and thus within the framework of European Zionist settler-colonialism; third, the contemporary case of Iraq in which belligerent American forces took the lead in destroying an oppressive, but once ostensibly secular, Arab nationalist Iraqi government. In its place, the American occupation forces reconstructed authority by explicitly privileging ethnic and religious Sunni, Shi'a, and Kurdish identities. In each of these cases, Western intervention has shaped the context within which unprecedented scenes of intercommunal violence occurred and new sectarian identities emerged.
Taken together, these cases will help develop a core thesis about how sectarianism is the uneven, and often violent, manifestation of a modern discourse and politics of liberation and equality. It will explore precisely how a discourse of equality is itself tied to Western imperialism and imperial humanitarianism, which intervened in and reshaped different pluralistic Middle Eastern societies, and how these interventions attempted the transformation of religious communities into political communities. At the same time, however, this book will also show how sectarianism has almost always been represented in the West as if it were an age-old Middle Eastern problem, and as if sectarianism itself were somehow a more real and stable category than secularism. Finally, it will underscore the degree to which there are, and have always been, local Middle Eastern actors who are ready to play an indispensable part in the embodiment of modern sectarianism. Neither entirely foreign nor purely local, sectarianism is the quintessential artifact of the vexed relationship between an ascendant, politically and militarily aggressive West and a subordinate and subordinated Middle East.

Born in the Global Nineteenth Century: The Emergence of Sectarianism in the Modern Middle East

My talk draws from my new book project on the history of sectarianism in the modern (beginning in the 19th century) Middle East when questions of citizenship and equality came to the fore to challenge long-standing imperial notions of Ottoman Muslim supremacy.
The traditional view is that religious violence in the Middle East is an emanation of a peculiar sectarian Middle Eastern condition, that it is "age-old" and endemic and that it reflects a problem in the regions adaptation to a secular Western modernity. Sectarianism has often been depicted as a holdover of primordial religious divisions that make up the Middle East. This view has predominated whether we are talking about the bouts of inter-communal violence that targeted a Christian minority in places such as Damascus in 1860, or the origins of the Arab-Israeli conflict, or the Lebanese civil war between 1975-1990, or, in our own age, the situations in Iraq or Syria.
In contrast, I would like to suggest that an Ottoman crisis of religious pluralism that began in the nineteenth century was itself part of a global problem in which many empires and nation-states struggled to transform explicit politics of discrimination into those of citizenship and equality. That the Ottoman empire and the post-Ottoman Middle East have struggled with these transformations, in other words, should not be seen a peculiar cultural/religious problem with "Islam," but rather as a particular political problem that involved both Ottoman and Western powers and that needs to be analyzed rather than judged. I would also like, therefore, to reflect to what extent Western involvement in the internal affairs of the Ottoman empire, and then in the shaping of the post-Ottoman Middle East produced and exacerbated the problem of sectarianism in the region that we today think of as "age-old."
The advent of unprecedented inter-communal violence in the mid-nineteenth century between Muslims and Christians in the Ottoman empire raised the vital question of how to build a political system based on equal representation regardless of religious affiliation. But the ultimate failure of the Ottomans to create a viable state based on these notions also raised and continues to raise profound questions as to the implications and meaning of this failure.

Tolerance and conversion in the Ottoman empire : a conversation

Artillery of heaven : American missionaries and the failed conversion of the Middle East The United States in the world

Memory and violence in the Middle East and North Africa

The culture of sectarianism : community, history, and violence in nineteenth-century Ottoman Lebanon

Born in the Global Nineteenth Century: The Emergence of Sectarianism in the Modern Middle East