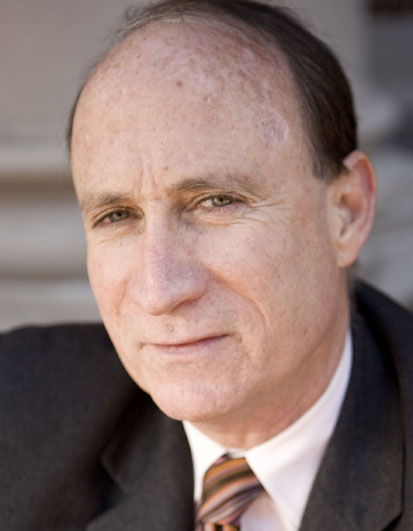 Born in 1953 in New York
Studied Political Science at the University of California, Berkeley, International Relations at Columbia University, New York, and International Business and Finance at the Massachusetts Institute of Technology

Ad 1. This project is to write a book using published and unpublished work that I have written, historical vignettes of the diffusion of organizing practices among firms and across countries. The project starts from an analysis of data that shows the contribution of major organizational innovations, e.g. the factory system, mass production, and lean production, on economic growth and firm productivity. Through a series of case studies, the main ideas of the increasing ease with which ideas are learned across borders make for more rapid diffusion and convergence, while deep differences in national institutions still play important roles in the political economy that frames how new practices are adopted.

Ad 2. Much of the work I do falls under the label of complexity or the new science of networks. This area of work engages many fields, natural and social sciences included, and it is likely that many of the Fellows will have correlated interests in this regard. The specific project that I will be working on is the emergence of economic and financial markets and the challenges such markets pose regarding their stability and regulatory implications. This work encompasses the field research that I am doing in India, in cooperation with the IFMR, on microfinance, looking at the performance of banking for the poor and the problems of stability, which are quite similar to the sub-prime crisis in the US. At the other end of the spectrum is the emergence of a far more diverse financial web consisting of multinational and national firms and global investors whose properties are now open to analysis because of the advantages that "big data" offer and the statistical and algorithmic advances made in the past decade. It is my hope to be able to extend this research historically, perhaps in cooperation or in dialogue with other Fellows.

Income Inequality and Social Norms in the US

Why should we care about income inequality?  For many, an egalitarian society is a just society.  The argument for this belief ranges from  "I just think that" to sophisticated reasoning about declining marginal utilities and the distribution of natural abilities and the tradeoffs between efficiency and equity.  And for those troubled by such tradeoffs, this latter reasoning boils down to the hoped-for compromise that "we can get a lot more equity at very little sacrifice in efficiency".  There is also recognition that along with income inequality comes efficiency costs such as a diminution in education and health of the workforce.

The scholarly debate in economics and social sciences in the US concerns why has inequality grown so much in the past two decades. A "stylized fact" is that a primary source for the massive growth in inequality in the US is due to the share earned by the top managers of public and private firms.  The share of total income in the US earned by the top 1 percent of income earners increased from 9 percent in 1970 to 23.5 percent in 2007.   (The top 1% have approximately incomes greater than $400,000 in 2007.) While an increase in inequality is to be found in many rich countries, the US distribution is remarkably more skewed.
If we take a closer look at this 1%, a substantial number of high-income earners are managers. In fact, according to a recent analysis of individual tax return data, close to half of the top 0.1% - those that make upwards of $2 million - can be categorized as non-finance executives, supervisors or managers.

The underlying dynamic has an important descriptive property: the share of remuneration of top managers has increased much faster than the market value of firms. One common argument is that technological change and globalization have led to increasing returns to general managerial talent. We call this "the best athlete" argument.   However, the historical evidence suggests that such change predates this recent turbo-charging of pay.

The alternative explanation that we offer in this working paper is that social norms have shifted in the past two decades. The Internet boom can be seen as an exogenous technical shock: high stock prices and the adoption of pay for performance knocked some salaries into the stratosphere.  Social comparisons by benchmarking kicked in and inequality fell. Consequently, the proportional share of executive compensation to firm market value went dramatically up.

Executives are surely often very hard working and markets tend to reward that.  However, there is also ambiguity that permits gaming of the system. A missed goal in world football is pretty unambiguous and the market for players seems to sort into a fairly stable pay distribution.  This is not the case for executives whose performance is harder to observe.  One might think that boards would do their best to get rid of all the noise they can, such as stock market fluctuations.  But a good deal of research says this is not the case.

That directors of boards do not try harder to purge noise suggests that the rent-seeking theory of pay can explain this explosion.  However, managerial rent seeking to move up the income rank seems to have been around much earlier than the start of this historical trend.  And similarly, the argument that the growth in pay is due to technical progress that drives up the value of executive talent also does not explain the pattern, for technical progress has been around for some time in any event.  But the real problem with this argument is that it is just not particularly clear why technical progress should cause executive pay to skyrocket in relative to skilled labor in general.

This obscure but rather important focus on executive pay in the context of inequality is part of the puzzle of globalization in the world economy. The methods that I bring to this study are similar to those used in medical and epidemiological studies on obesity and on contagion, and seek to identify statistically the causal path from a well-defined social structure to a behavioral outcome.

Beyond the technical considerations lies the larger debate on justice in the context of globalization and the fairness of distributive outcomes.

Memory and organizational evolvability in a neutral Landscape

The small worlds of corporate governance

The coupling of an emergent system : Weimar Germany and American work practices

Income Inequality and Social Norms in the US