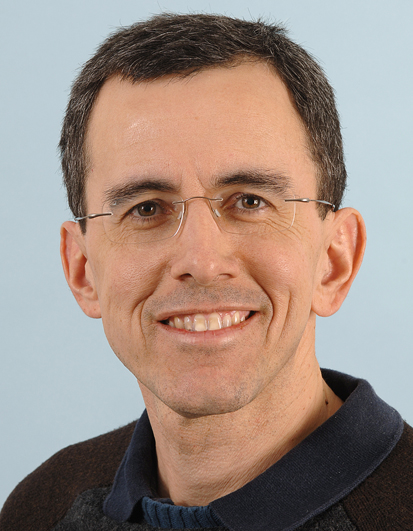 Born in 1964 in Minneapolis, USA
Studied Electrical Engineering and Physics at the Middle East Technical University, Ankara, and at Stanford University

My research focuses on the use of quantum optical techniques for studying mesoscopic physics and solid-state quantum information processing. I am particularly interested in understanding and controlling non-equilibrium dynamics of many-body systems. Even though my research group has a predominantly experimental orientation, I am also actively involved in theoretical work.

Why should we care about quantum entanglement?

Ever since its development in the 1920s, quantum mechanics has never ceased to capture the imagination of physicists and philosophers. The radically different manner in which it described physical processes left many physicists uncomfortable, most notably Albert Einstein. A key new element in the description of objects or systems in quantum mechanics is the wave-function, psi.

The first question I will address is whether psi should be regarded as ontological or epistemological. Most physicists see each isolated object or system as having its own unique psi - suggesting that it is ontic. While psi carries with it all the information that nature allows one to know about the object, it is impossible to measure and determine psi without fundamentally altering it; in fact, every time one makes a measurement, psi changes abruptly so as to be fully consistent with the measurement outcome - suggesting that it is epistemic. Even though it has been assumed all along that one could take either of the two extreme viewpoints and be consistent with those observations garnered from experiments, recent theoretical activity has claimed to have identified a certain experiment which can decide between the two opposing viewpoints.

The principal topic of the talk is the existence of quantum correlations between two (or more) physical objects, termed entanglement, that are stronger than what is possible in classical physics. Entanglement is at the heart of many of the surprising predictions of quantum physics, including unconditionally secure communication and quantum computers which can solve problems that are intractable in classical computers. Arguably the most counter-intuitive implication was described by Erwin Schrödinger, who pointed out that orthodox quantum mechanics is consistent with a situation in which an isolated cat could be dead and alive at the same time. While such states are based on entanglement on a macroscopic scale, the resolution of the implied paradox - that is, the reason why they are practically impossible to observe in real life - is also provided by entanglement.

Motivated by potential applications in quantum computation as well as the potential use of entanglement in weak magnetic field sensing, physicists around the world are developing tools to entangle atoms and photons. An interesting question that was recently raised is whether nature makes use of quantum coherence or entanglement in speeding up certain biological processes. This notion is at the core of the focused research group we have formed at Wiko.

On Coherent Quantum Effects in Biology

Why should we care about quantum entanglement?