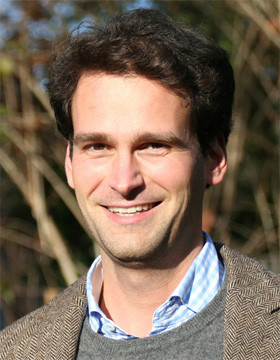 Born in 1978 in Munich
Studied Greek and Latin Philology and History at the Universities of Göttingen, Oxford and Freiburg

Experience and Teleology in Ancient Historiography

"The Thirty Years War began in 1618". According to Danto, narrative sentences like this, sentences that refer to two events in the past but only describe the first, are characteristic of historiography (1965). The double temporal reference applies not only to individual sentences, but also to historiographical works as a whole. Historians tend to narrate past events from the perspective of a telos that is still future for the historical agents, but already past for the historians and their readers. At the same time, historians can try to ignore this "future past" and to adopt the perspective of the historical agents. My book project sets out to explore the narrative strategies through which Greek and Roman historians ranging from Herodotus to Tacitus make use of the advantage of hindsight or try to repress it in order to recreate the presentness of the past.
"Experience and Teleology in Ancient Historiography" stands at the intersection of the theory of history and literary studies, combining theoretical reflections with close readings. My goal is twofold: First, I hope to contribute to the theory of history in demonstrating the capacity of narrative to make us re-experience the past. Second, the focus on "futures past" will shed new light on an important aspect of ancient historiography that has not yet received due attention. Temporal perspective is far more than a technical question, it is crucial to historiography and expresses an author's idea of history.

Narrative and Image: The Function of Form

What is art for? This question has been tackled from different perspectives. While philosophers in the continental tradition elaborate on presence, evolutionary scholarship homes in on the mechanisms of adaptation. The dissatisfaction with such approaches is the starting point of my project: Where the answers of evolutionists fall short in their banality, those given by phenomenologists tend to be blatantly esoteric. The object and focus of my project are limited though: I do not explore art in general (whatever that may be!), but two specific media, namely narrative and image. Instead of aiming at an exhaustive account of their multiple functions, I concentrate on the function embedded in their form. Form, I contend, is far more relevant than the labeling fetish of many formalists would have it.

In the first part of my talk, I will argue that narrative, besides being a temporal medium, also lets the reader come to grips with time. The capacity of narrative to make us reflect on time consists in the experiential nature of reading. Reading is an experience in the frame of "as-if": it subjects us to the same temporal tensions as the everyday world, albeit without pragmatic constrictions. While exposing us to time, narrative liberates us from its force. This mode of reflecting on time is, I claim, deeper than what may be found in philosophical treatises.

The second part of my talk tries to give flesh to this argument by considering an ancient novel. Heliodorus' "Ethiopica" nicely illustrates how curiosity and suspense drive our reading. In a dazzling play with narrative and narrated time, the "Ethiopica" bestows upon the reader an intense experience of the temporal structure of her life. An analysis of the reconfiguration of time lets us better understand the narrative dynamics that have cast a spell on readers since antiquity. Heliodorus' novel is also strongly self-referential and highlights the immersive power of narrative through the usage of embedded tales. In a final point, I suggest that ancient sensitivity to readerly involvement could be relevant to contemporary efforts to free aesthetic theory from the anemia of post-structuralism and Critical Theory.

Aesthetic experiences and classical antiquity : the significance of form in narratives and pictures

Is narrative "The description of fictional mental functioning"? Heliodorus against Palmer, Zunshine & Co.

Vision and reflexivity in the Odyssey and early vase-painting

Counterfeit in character but persuasive in appearance : reviewing the ainigma of the Tabula Cebetis

Experience and teleology in ancient historiography : 'futures past' from Herodotus to Augustine

The Greeks and their past : poetry, oratory and history in the fifth century BCE

How not to do history : Xerxes in Herodotus' Histories