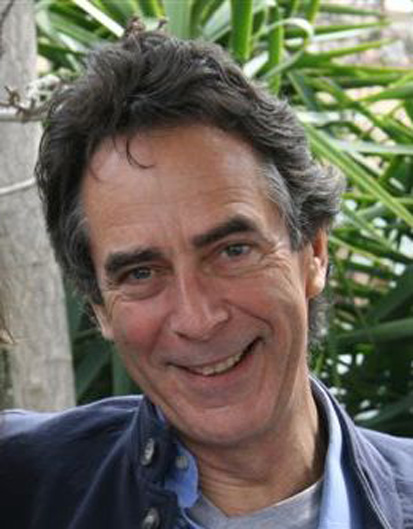 Born in 1953 in Norwich, UK
Studied Modern History at the University of Oxford

The First Millennium: from Augustus to Avicenna

The First Millennium project responds to two debates about Islam - its late antique roots, and the role it will play in twenty-first-century Europe. Starting from first pagan, then Christian Rome's creation of a Mediterranean empire, FM shifts attention eastward to Oriental (especially Syriac) Christianity and Iran, setting the stage for Muhammad and the Arab conquests. The Umayyad and Abbasid Caliphates united the old Sassanian world with much of Rome's territory, while Islam's cultural crystallization, well under way by 1000, drew on rabbinic Judaism, Christianity, Iranian Zoroastrianism and Greek philosophy, which all attained classical/canonical forms during the millennium after Augustus. FM interweaves political narrative with the development of these intellectual and scholarly traditions, which, along with Roman law, have so signally influenced the cultural foundations of the contemporary world. By examining these traditions in their interaction, during a phase when they were less rigidified and institutionalized than they later became, I hope to suggest lines of further thought about how they might cohabit within the emerging European polity. At the same time I offer the general reader a different account of all these histories that does not predestine them to culminate in European modernity but leaves open other possible perspectives and progressions, notably towards the great Muslim empires of early modern Eurasia.

My FM project responds to debates among historians about whether Islam is part of Late Antiquity, and among the public at large about how Muslims fit in to contemporary Europe. Late Antiquity, conventionally defined as ending c. 600 CE, saw the formation of rabbinic Judaism and patristic Christianity; but the Quran criticizes both rabbis and monks, and offers a new scripture to replace theirs, while frequently echoing both Torah and Gospel. Islams political expression, the Caliphate, was founded on the two earlier empires of Iran and East Rome (Byzantium). It is perverse to treat Islam apart from its context; yet that is what we do.

Not only was Islam not parthenogenetic; its adherents ruled and even settled parts of Southern Europe and the Balkans from the eighth century onward. There is still an indigenous European Islam alongside the imported Islam of the recent immigrants. School history books need to reflect the fact that Europes cultural roots are Greek, Roman, Christian and Jewish, but also Muslim; but they will not be satisfactorily rewritten until academic historians have got beyond the division of their subject into Antiquity, Middle Ages and Modernity, with Islam usually labelled "medieval", and marginalized.

I propose the First Millennium as a useful parallel periodization, not to make classicists and medievalists redundant, but by way of offering a framework more likely to persuade students that pre-modern history can contribute to the cultural and political debates of their own world. FM embraces crucial formative phases not only of the three Abrahamic monotheisms but also of Roman law, and Greek philosophy in its Alexandrian synthesis based on the harmonization of Plato and Aristotle. Its three canonical texts are the Christian Bible, the Justinianic Code, and the Quran. The Talmud and the Alexandrian commentaries on Aristotle (without which we would know almost nothing about the pre-Socratics) have also been hugely influential.

FM reframes history in space as well as time. In place of the Mediterranean paradigm I offer a more Eurasiatic vision focused on the vast arena ringed by the Taurus and Zagros mountains, the Red Sea/Nile Valley and the Levant coast. Here the three Abrahamic religions arose, Iran and Rome confronted each other, and the Caliphate was centred. Adding the Iranian plateau and (more patchily) the East Mediterranean basin, we have the triptych of regions on which the Achaemenids, the Umayyads and the Abbasids based their power. These are the nearest Antiquity produced to "world empires", since Rome - for us, the model ancient empire - never eliminated Iran (though in the early seventh century Iran almost destroyed East Rome). After Romes heyday in the early centuries of the FM, it takes an unflinchingly Eurocentric gaze to see the Latin West as central to Eurasiatic history. Perhaps also some resistance to periodizations based on ideas, especially religious ideas.

Late Antiquity, Islam, and the first Millenium : a Eurasian perspective

Abraham or Aristotle? : first millennium empires and exegetical traditions ; an inaugural lecture by the Sultan Qaboos Professor of Abrahamic Faiths given in the University of Cambridge, 4 December 2013

Before and after Muḥammad : the first millennium refocused

Empire to commonwealth : consequences of monotheism in late antiquity

The Egyptian Hermes : a historical approach to the pagan mind Mythos