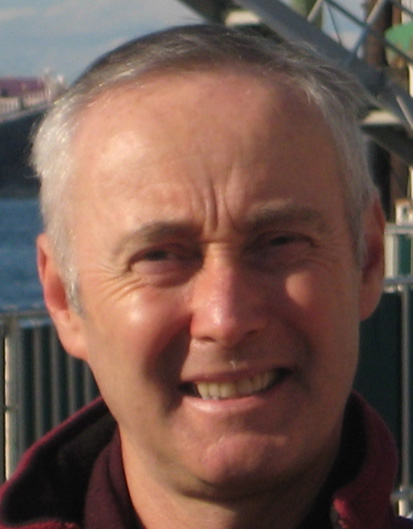 Born in 1949 in Providence, Rhode Island
Studied Humanities and Social Sciences at Brown University and Linguistics at the University of California, Berkeley

A Co-Evolutionary Study of Grammatical Change

This project investigates the question whether there are innate cognitive biases that universally determine word classes in language. This will be investigated in detail in the Austronesian language family, where the status of the noun-verb distinction has long been controversial. We will approach the problem ontogenetically, by a systematic study of a representative sample to establish what evidence there is for coherent classes of nouns and verbs, but, more importantly, in light of a co-evolutionary account, phylogenetically, by how the patterns of words have shifted over time. Austronesian languages exhibit a high degree of diversity: sometimes a tendency to distinguish nouns and verbs seems clear, but elsewhere it seems extremely problematic. In most language families, the predisposition to distinguish nouns and verbs is strong. So what is it about Austronesian languages that leads to a recurring predilection to attenuate the distinction? Given the widespread attestation of a robust noun-verb distinction elsewhere, its attenuation is an analogue of a recessive trait. What conditions select for or against this? What are recurring solutions, evidently co-evolutionarily favoured, and what are outliers, statistically low probability outcomes, and why? While at first glance seemingly quite specialized, the project has broad implications for cognitive and anthropological science. It is the first detailed study within a co-evolutionary framework of any major grammatical property. It seeks to understand linguistic structure and its possible changes through the selective interplay between cognitive biases due to likely panhuman biological givens and specific historical developments. This project probes some of the limitations on innate cognitive endowment for the formation of linguistic structures and their transitions through time and space, in particular the role that language-specific, in a word, cultural, learning plays in language acquisition.

A Co-evolutionary Approach to Language Change: the Case of Word Classes in Austronesian

What is the relationship between the ontological categories of the world, the epistemological and cognitive categories of our minds, and the semantic and grammatical categories of our language? This fundamental question has been given essentially two types of answers, both of which are foreshadowed in Plato's discussion in Cratylus over the natural versus conventional basis of the meanings of words: essentialism, basically the nature of the world imposes an necessary structure on our cognitive and linguistic categories, or nominalism, these days better known as constructivism, the view that our linguistic categories, often taken as equivalent to cognitive categories, provides the scaffolding for our understanding of the world. The seemingly largely conventional nature of these linguistic categories is taken as particularly salient, hence the name constructivism. But just how essentialist or constructivist are our linguistic categories like nouns and verbs? Language is an essential pan-human species-specific trait: any child, save a serious neurological pathology, born anywhere can learn any human language regardless of their genetic background. It is a biological essential. But what they learn is a constructed human language, passed on in a particular community through socialization, with particular linguistic traits that constitute that language, the sum total of which are shared by no other language. It is a cultural construct. Language then is an obvious domain in which to study models of co-evolution: the interplay of biological constraints and cultural learning in human evolution, specifically here in linguistic evolution, more commonly know as language change over time.

In a co-evolutionary model of language change, investigating the extent and distribution of variation becomes the critical research question. We would expect the patterns of language to reflect both biocognitive constraints due to limits on possible brain systems and the oral-aural tract of spoken language as well as cultural constraints from valorized or rejected items or activities of cultural production. Linguistic diversity is firstly the result of selection in the cultural track in which traits are evolved and taken up by the standard processes of hybridization and inheritance, etc. Biocognitive constraints act as a further check on which variants produced by cultural evolution are selected, Language universals, then, would need to be viewed as biocognitive primes for what would be possible linguistic variants and on what innovated linguistic variants produced by cultural evolution are favored in selection. The mechanism by which such biological constraints would most likely operate would be cognition: e.g. the kinds of linguistic categories that can be learned and the relationships forged between them.

Distinct and contrasting word classes of nouns and verbs have widely been claimed to be one of the most robust language universal categories. This is claimed to lie in a universal cognitive contrast between objects and events, but developmental psychological experiments argue for a marked asymmetry between these two, with a salient cognitive category of object emerging very early, but events, much later. While it is a crosslinguistic fact that most languages in most areas of the world have clearly contrasting grammatical categories of noun and verb, in one area, Southeast Asia, this is not the case. Here words are largely flexible, like "rain" in English, either noun or verb in usage depending on context. This feature is shared across a number of unrelated language families, in marked contrast elsewhere in the world, a result of diffusion or horizontal transmission, and this reinforces the preservation of this trait in the region, in spite of its rarity indicating that it is biocognitively disfavored. But one language family, Austronesian, has diversified and moved out of the region into areas like New Guinea, where Papuan languages with a robust noun-verb distinction are found. The rate of flexibility within Austronesian languages is shown to decay largely in proportion to distance from Southeast Asia, and is particularly low in coastal New Guinea, where intensive interaction with Papuan speakers over millennia has occurred. But, not entirely, as the rate of flexibility in Polynesia is again high. I will show there is a close correlation between flexibility rates and the presence of retained Southeast Asian genetic markers in the local genome, so that cultural factors of trade and particularly mate choice have played a central role in selection for/against this trait of flexibility. Further, not all types of ontological categories show equal rates of flexibility even in languages with very high rates. Words denoting natural kinds like bear show low rates, while those for artifacts, like spear, high rates. This is strongly indicative of robust biocognitive universals in how certain categories can be construed, in a word, essentialism.

The morphosyntactic typology of Papuan languages

The polysynthetic profile of Yimas, a language of New Guinea

Direct versus inverse in Murik-Kopar

A comparative look at nominalizations in Austronesian