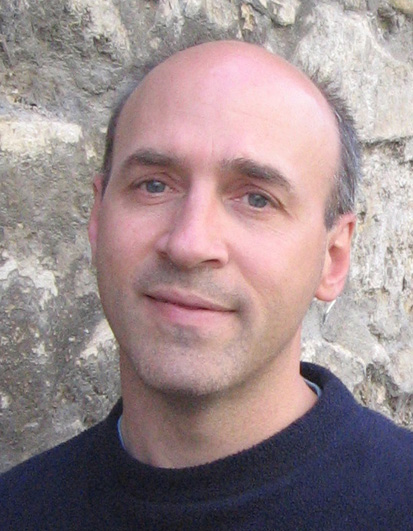 Born in 1963 in Long Island, New York
Studied Biology at Cortland College and Entomology, Population Genetics, and Evolutionary Biology at the University of Georgia and at Harvard University

We can only imagine that Emma Darwin had the patience of Job. At one point in the mid-1850s, sheets of damp paper stuccoed with frog eggs lined the hallway of her house, pigeons cooed boisterously in a dovecote in the yard, row upon row of glass jars with saltwater and floating seeds filled the cellar, and earth-filled flower pots housing earthworms decorated the drawing room. And that was only the beginning: what about the terrarium of snails with suspended duck feet, the heaps of dissected flowers, or the roped-off beds in the lawn where the grass was carefully scraped away to study struggling seedlings? Of course, being married to Charles Darwin over a dozen years by then, she was undoubtedly used to it. Charles, she would say to friends, was experimentising again.
What Charles was doing was laying empirical groundwork for key elements of his revolutionary ideas of evolution. His experimentising, which appeared to some merely the odd pursuits of a middle-aged Victorian naturalist, turned out to be fuel for the fire, pushing the envelope on his - and our - understanding of the biological world and our place within it. My project at the Wissenschaftskolleg entails completion of a book that introduces a Charles Darwin that few people know, seen through the lens of his rich experimental program: Darwin the inveterate observer and correspondent, ingenious synthesizer and experimentalist, devoted family man.
Darwin's very home was his laboratory, and his and Emma's large brood worked with him as his able field assistants. The rich array of projects Darwin carried out, often with his children, reveal a very human side of a man too often seen one-dimensionally, a cardboard icon. But more than this, Darwin's experiments exemplify science as a process, providing object lessons and blueprints for how science works. His experiments are an untapped resource for teaching the nature of science that has been staring us in the face for a century and a half. I aim to show readers how Darwin's approach has relevance today - how his backyard experiments can be their backyard experiments, for the fun of it as much as for the educational value, letting Darwin teach Darwin to a new generation.

The late evolutionary biologist Stephen Jay Gould once pointed out to me that while our friends in the humanities routinely read, study, reinterpret, and learn from the founding texts of their fields, we scientists rarely do so, and he lamented that science is the poorer for it. Resolving to carefully read the founding text of my own discipline, Darwin's "On the Origin of Species", I immediately became obsessed with the development of Darwin's thinking, trying to understand the arguments of the Origin from their empirical bases and historical context to his rhetorical strategy in deploying his arguments. Along the way I realized that he offered valuable lessons to us today in teaching and learning evolutionary biology: the argument structure of the Origin and the philosophical approaches it reflects are carefully calibrated to pitch what he knew would be an unpopular message to a hostile audience  still sadly resonant today.

Darwin's grand vision of a genealogical relationship of all species past and present in a great "tree of life," branching and re-branching in deep time through a process of natural selection, struck at the heart of our understanding of world and ourselves. Its philosophical and theological implications had seismic effects on western culture that continue to be felt. Reflecting on the sorry state of scientific literacy generally and lack of understanding and acceptance of evolutionary biology in particular in my own country, I changed the focus of my research and writing to experiment with new approaches to teaching Darwin, evolution, and the nature of scientific inquiry. I advocate "teaching Darwin with Darwin," taking students and others on Darwin's intellectual journey and drawing on Darwin himself in illustrating the blend of induction and deduction and their interplay with empirical observation and experiment that gave Darwin insight into the natural world.

Darwin called the Origin "one long argument," and I have come to see that there is a thread running from the Origin through his later books that I think of as "one longer argument." My Wiko project consists of a book-length treatment of this longer argument, looking at Darwin through the lens of the multitude of supporting experiments and other studies he conducted in his home, gardens and surrounding woodlands and meadows, often with the whole family drafted as his research assistants. This is a Darwin that few people know: the naturalist as "experimentiser." Darwin's home became the epicenter of a vast array of experiments that were elegant in their simplicity, often quirky, but all to a purpose. From a modern perspective Darwin's "experimentising" helped lay the empirical groundwork for key elements of his revolutionary ideas, and his approach is as accessible to us today as it was in the 19th century.

I aim to share with students, educators, and the general public the very human side of a man too often seen one-dimensionally, as a cardboard icon. To me Darwins experiments also exemplify science as a process, providing object lessons and blueprints for how science works. Accordingly, my book will include instructions to enable readers to replicate many of the experiments. I argue that Darwin's experiments are an untapped resource for teaching the nature of science that has been staring us in the face for a century and a half. Darwin's approach has relevance today - his back-yard experiments can be our back-yard experiments, for the fun of it as much as for the educational value, letting Darwin teach Darwin to a new generation.

Wallace, Darwin, and the origin of species

Wallace on the evolutionary trail

Synonymy and its discontents : Alfred Russel Wallace's nomenclatural proposals from the "Species Notebook" of 1855-1859

New landscapes and new eyes : the many voyages of Charles Darwin

Social evolution in 'other' insects and arachnids

The Darwinian revelation : tracing the origin and evolution of an idea

Wallace, Darwin, and the Origins of Species
Harward University Press more publications in the Fellows' Library

On the Organic Law of Change : A Facsimile Edition and Annotated Transcription of Alfred Russel Wallace's Species Notebook of 1855-1859
Harvard University Press more publications in the Fellows' Library