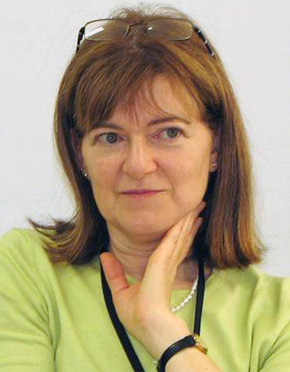 I will be working on papers from a collaborative, long-term project examining the effects of early developmental environments on reproductive function among migrant Bangladeshis to the UK. The project has been studying groups of Bangladeshis who: a) still live in Sylhet, North East Bangladesh, b) migrants who move to the UK during adulthood (post-puberty), c) migrants who move to the UK as children (pre-puberty), d) second-generation British-Bangladeshis born in the UK and e) comparative groups of white British who live in neighbourhoods similar to those of the migrants.
Our first project looked at women aged 18-25 and found statistically significant differences in levels of reproductive hormones between women who grew up in Sylhet (residents and adult migrants) and those who grew up in the UK (white British and second-generation migrants), with the former having lower levels. Child migrants, however, and particularly those who migrated prior to eight years of age, also had significantly higher levels of hormones. This suggests that the childhood environment prior to puberty can influence later life development.
In more recent projects (which I will be writing up), we examined the developmental environment on female reproductive ageing. In preliminary analyses, we again found significant differences in levels of reproductive hormones relating to the menopause between migrants and non-migrants. Women who grew up in Bangladesh have menopause at an earlier age than those who develop in the UK. Child migrants match the profiles of UK residents and approach menopause later. Similarly, we have studied Bangladeshi male migrants and found that the childhood environment affects levels of salivary testosterone, with Bangladeshi residents having significantly lower levels.
Since levels of hormones across the life course affect risks for reproductive cancers, the changes in hormonal profiles across migrant groups will also alter long-term health profiles.

There are many areas of human reproductive function that, surprisingly, are not clearly understood and one of these is the potential impact of the environment across the life course. Human reproductive ecology is a relatively new field (since the 1980s) that attempts to explain variation in reproductive function using: a) evolutionary theory as its theoretical foundation and, b) various physiological parameters (such as reproductive hormone levels) as practical means of measurement. One theoretical area of particular use for human reproductive ecologists is called "Life History Theory", which looks at how organisms divide their limited energy between growth, maintenance and reproduction, as well as how they schedule key stages (such as puberty) across the life course. In resource-limited environments, there are inevitable constraints on energy budgets and therefore trade-offs between growth, maintenance and reproduction. Given the long period of investment that women in particular make in raising children, it would be adaptive to suppress reproductive function at specific times and to optimize it at others. Life history theory thus provides a useful framework for comparing such trade-offs across different human populations and their consequences for reproduction, health and wellbeing.

One of the first discoveries by reproductive ecologists was a high degree of variation between populations in reproductive hormone levels. Following studies in sports medicine that tracked hard-working athletes with suppressed ovulation, it was thought that harsh local environments simply lowered hormonal levels in an acute fashion. In other words, if you lived in a resource poor environment, you would respond by suppressing hormone levels (even over long periods) but would raise them when conditions improved. It was unclear, however, to what degree low levels of hormones actually compromised fecundity -- the ability to conceive -- in non-industrialized populations; maybe resources constrained hormone levels, but perhaps you could function (reproductively) at these low levels in particular settings. A study of Aymara women in highland Bolivia showed that they could, in fact, conceive at what medical doctors would consider pathologically low levels of progesterone, but they had to reach much higher levels of estrogen for conception to occur. This Bolivian study had two important implications: first that some populations are characterized overall by very different baseline levels of some hormones and, secondly, that specific reproductive hormones play different but key roles for determining fecundity.

Human reproductive ecologists then started to shift their thinking to consider how early life development might affect lifelong levels of reproductive hormones. Perhaps the environment to which one was exposed early on might lead to particular levels of investment in reproductive function during adulthood. This led me to begin a series of projects to test whether the early development environment could affect reproductive function across the life course. These Projects are based on a migrant model focusing on Bangladeshis in the UK who have altered their environment at different time points depending on when they moved from Bangladesh. They are an excellent group for study since 95% of them originate from a single area and almost all come from one ethnic, religious (Muslim) and socioeconomic (Middle Class) group. They also tend to cluster in particular areas in the UK and almost none intermarry outside their own population. So far, I have initiated four different projects that explore reproductive function and early life development among Bangladeshis. These have focused on: 1) women aged 18-35; 2) men aged 18-80; 3) women at midlife (35-60); and 4) children aged 5-16. In these studies, we have found a consistent pattern. If Bangladeshis move to the UK during childhood, they have more robust reproductive parameters: an earlier puberty, a later menopause and higher levels of most reproductive hormones. The significance of these findings is that, on the one hand, fecundity is (presumably) enhanced but, on the other, risks for certain reproductive cancers might also be elevated.

Thus, human reproductive ecology can also be useful for illuminating areas of medicine: the former expects variation between individuals, whereas the latter works on principles of "norms", and views variation as pathology. This dichotomy between the two disciplines can have consequences for the evaluation of both individuals and populations whose "norms" may differ. This will be explained further while fertile(!) areas for inter-disciplinary cross-over can be illuminated.

Ethnicity or environment : effects of migration on ovarian reserve among Bangladeshi women in the United Kingdom

Substitute parents : biological and social perspectives on alloparenting across human societies Studies of the biosocial society ; 3

Changes in risk factors for breast cancer in migrant women : an intergenerational comparison among Bangladeshis in the United Kindom