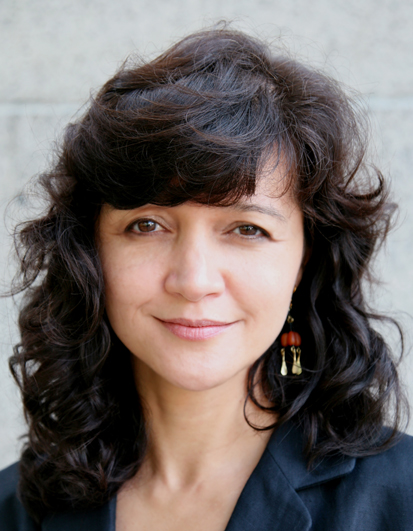 Born in 1966 in Los Angeles;
Studied Anthropology at Yale University and Harvard University

Postsocialist Poetics: Articulating Politics in the United Republic of Tanzania

The project explores how Tanzanians and Zanzibaris in the United Republic of Tanzania musically and poetically respond to the changes that have emerged with the unraveling of socialism. Tapping the vast repertoires of popularly produced, mass-mediated Swahili poetic arts from newspaper poetry to popular song, the project investigates how Tanzanians from many walks of life narrate and assess recent institutional and cultural shifts away from socialist policy and practice. These range from (1) memories and practices of communal labor to (2) the privatization of formerly state-owned resources; from (3) the privatization of property rights in land to (4) monuments and memorials in socialist/postsocialist landscapes and ideoscapes; from (5) new commodity flows and retraction of government services to (6) the reconfiguring of national and international political alliances.
Music and/or poetry frames each topic since it is through these aesthetic forms that ordinary citizens regularly engage and challenge government rhetoric and projects. Through poetic discourse - sung or in print - Tanzanians and Zanzibaris lay persuasive claim to rights that they either formerly held or that were promised to them with the advent of liberalization, but that remain largely unfulfilled. Their hopes for themselves, their families, their futures, and their nation emerge strongly in data spanning song lyrics and newspaper poetry, formal and informal interviews, household surveys, ethnographic participant-observation, analysis of government documents, textual analysis of media productions (newspaper, television, video/film, radio, and internet), and insights gained from extensive fieldwork in Zanzibar and mainland Tanzania since the early 1990s. The study thus interweaves in equal measure analysis of policy, practice and populist poetics.

"Art is not a mirror held up to reality but a hammer with which to shape it."
(Brecht? Mayakovsky? Trotsky? Marx?)


Western intellectuals have long debated the entanglement of art and politics. Two sites frequented in our colloquium discussions are especially noted for philosophizing the chiastic "art of politics and politics of art": Ancient Greece, with Plato's and Aristotle's arguments over the danger poets pose to political systems; and 18th-20th century Germany, from the apolitical aesthetics of Kant, to Horkheimer and Adorno's critiques of depoliticized capitalist art, to the radical socialist art of Brecht. How to harness the powers of art to enhance perception and enable discernment (mirror-effects), and to imagine alternatives, change minds and incite action (hammer-effects) are oft-posed questions. Though equally rich in answers, non-Western scholars are rarely included in this exchange of ideas. Okot p'Bitek (Ugandan poet), Nawal El Saadawi (Egyptian novelist), and Ngugi wa Thiong'o (Kenyan novelist/playwright) also theorize the nature, value and potency of art, challenging elite-fostered arts of hegemony and championing a revolutionary aesthetic that articulates injustices, social inequalities and state abuses (mirror-effect), and envisions alternatives, makes claims, demands change (hammer-effect). Said Ngugi, "When people ask me, why are you interested in politics, I always answer, because I am an artist.... I am not in art because of politics; I am in politics because of my artistic calling."

Framed thus, my presentation explores the vexed relationship between poetic arts and politics in postsocialist Tanzania. From the mid-1960s to the mid-1980s, Tanzania pursued a socialist program called Ujamaa ("familyhood"), associated with the philosophy and policies of first president Julius Nyerere. Then in August 1986 it accepted its first IMF loan, launching a rocky transition to a free market economy and political pluralism, akin to postsocialist experiences elsewhere. In their art, poets and poet-musicians avidly mine the discrepancies between the promises of capitalism and multi-party democracy and the realities, loudly decrying the blatant disregard for the rights and livelihoods of the wanyonge, the poor (who are the majority of the population), and the predatory practices of new political and economic elites (mirror-effect). Some deploy their art to celebrate new leaders, hoping they prove to be agents of change. Others re-articulate the rhetoric of Ujamaa and the texts, voice and image of Nyerere to undermine current leaders and argue for revolution (hammer-effect). Examining select poetic texts drawn from newspapers and popular music and relating them to their political and social contexts, I explore the mirror- and hammer-effects of poetry in post-Ujamaa Tanzania.

Everyday poetry from Tanzania : microcosm of the newspaper genre

Of land and legitimacy : a tale of two lawsuits

The chairman and the lions

Transformation of Property Rights and Poverty in Tanzania

Like a Fish Taking Itself Onto the Hook: Artistic/Scholarly Creativity under Political Oppression

Is Scholarship Compromised by Activism and Engagement?