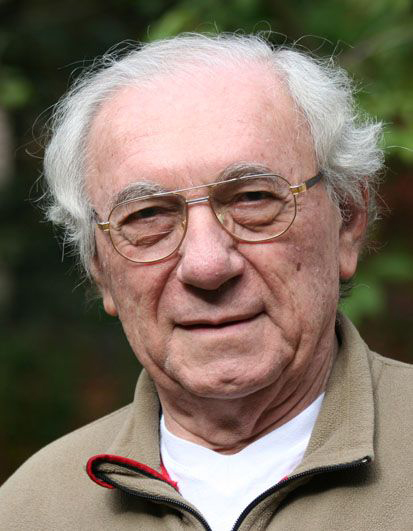 Born on November 7, 1934 in Damascus; passed away on December 11, 2016 in Berlin.
Studied Philosophy at the American University of Beirut and at Yale University

The Civil Society Debate in the Arab World

The subject I am working on is tracing the recent debates in the Arab World over the question of civil society and religion, and their relationship to the state and to the possibilities of democratic rule in key Arab countries such as Egypt, Syria and Iraq. The subject, recently, acquired extra urgency and significance on account of the currently unfolding Arab Spring and especially the continuing Intifada against military dictatorship in Syria. Throughout the Arab Spring, the buzz words have been: "civil society", "civil government" and "civil rule" as opposed to military rule, on the one hand, and Islamic rule and government, on the other. The point of the investigation is the emergence of Arab "civil society" in these countries as the political way out of the impasse of military dictatorship and Islamic government. One point of emphasis is the clarification of the distinction in Arab societies today between "civil society" and "ahli society", and its importance for the possibilities of future democratic rule there.

Translation, Arabic, and the Postmodern

This paper is an offshoot of the larger "Occidentalism" project (both East and West) I am working on.

The "Occidentalism" concept evolved out of the international debate that raged throughout the last quarter of the 20th century over Edward Said's book Orientalism. In my critical intervention in that debate I introduced the idea of an "Orientalism in Reverse"; I think the notion of "Occidentalism" developed later on out of that idea.

Let me mention also that my attention was deflected towards the topic of "Translation, Arabic, and the Postmodern" at a conference for the translators of contemporary Arabic literature to European languages held at SOAS in London 2010. This led me to reflect critically on and deal seriously with issues related to the possibility and/or impossibility of translation according to the theses of some postmodern theoreticians, with particular emphasis on Arabic. In my paper, I will discuss as well some of the political implications and applications of these postmodern approaches to translation and to language, truth and meaning in general.

The tragedy of Iblis