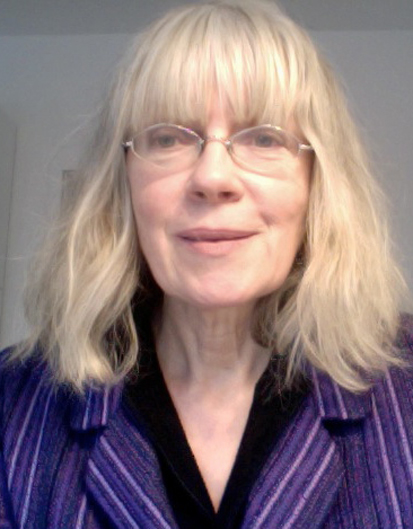 Zoology and Musicology (or Zoömusicology)

Born in 1951 in Vancouver, Wash., USA
Studied Violin Performance at Webster University, St. Louis, and Ornithology, Musicology, and Composition at the University of Western Sydney

Another Species' Songbook: the Music of Cracticus nigrogularis

The focal point of my residency is the preparation for publication of a monograph on the vocalizations of the Australian pied butcherbird (Cracticus nigrogularis), with an emphasis on the success of the species in creating and renewing a musical culture with compelling links to human music. The research brings musicology and music composition into conversation with the biological sciences, linking a musician's trained ear and musicological techniques (including transcription) with the latest developments in neuroscience, zoology, ethological zoosemiotics, evolutionary aesthetics, recording, sonography, and sound analysis software applications.
The pied butcherbird is an emancipated singer (with no species-specific song template) known to invent and vary its phrases by individual, by season, and by year. Pied butcherbirds deliver long songs of up to six hours in the spring, especially during a full moon. Both the males and females sing, and they participate in multi-individual antiphonal song that may include five or more singers. They mimic other avian species, non-avian species, and manmade sounds.
Analysis of specific aspects of field recordings, transcriptions, and sonograms will involve collaborations with international researchers and generate technical papers beyond the monograph. In particular, a vocal ethogram - a summary of all the vocal abilities, techniques, predilections, apparent rules, and patterns (and their concomitant behavior) - of this heretofore-undocumented species will be assembled. Composition based on pied butcherbird vocalizations is also part of the analysis process, and I will perform works for solo violin plus outback field recordings in various concert outcomes. Definitions of music and culture often assume human agency; this birdsong research reanimates the topic, challenging traditional conceptions of music as a purely human artefact.

The Music of Nature and the Nature of Music

Few topics bridge the divide between the humanities and natural sciences more effectively than the quest for a biological understanding of the origins of culture. The nature and origins of music play a special role. However, a curious circumstance exists: humans are the only primate species with the specialized cerebral capacity for vocal learning. Therefore, if we want to study the origins and natural history of vocal learning, we cannot turn to our closest primate relatives. Instead, it is to vocal learners such as songbirds that we must turn, and it is through the study of them that biologists have opened a window on the nature and origins of vocal learning.

This suggests another curiosity: birdsong study is conducted almost exclusively by biologists. The songs of birds have long inspired artists, writers, musicians, philosophers, and just plain folk. However, musicologists, who might well have new perspectives to bring to the process of studying and interpreting birdsong, have all but avoided the subject. Technological advances such as the sonogram, which permits the analysis of birdsong with a trained eye rather than a trained ear, have permitted biologists to pursue such research without either musical training or complementary input from musicians-objective knowledge in this field is routinely equated with the visual. You could say that biologists occupied this undefended territory much as a bird might.

A number of obstacles and resistances inhibit the inclusion of animals into academic disciplines traditionally theorized with an assumption of human exceptionalism; music is a case in point. My work aims to redress this imbalance. As a field musicologist, I spend two to four months per year recording the vocalizations and observing the concomitant behaviors of the Australian pied butcherbird (Cracticus nigrogularis). My presentation will review how and why I frame pied butcherbird vocalizations as music.

Whose bird is it? Messiaen's transcriptions of australian songbirds

The Australian pied butcherbird and the natureculture continuum

Olivier Messiaen and the Albert's lyrebird : from tamborine montain to éclairs su l'au-delà