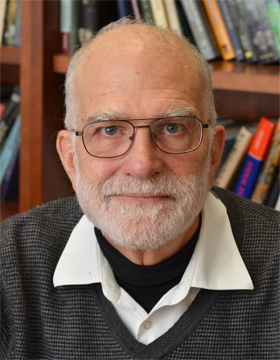 Predicting the Consequences of Phenotypic Plasticity for Population and Community Dynamics

Phenotypic plasticity is the ability of one genotype to produce many different phenotypes depending on the environments encountered, and reaction norms are the technical expression of one specific type of phenotypic plasticity in which the response to the environment is continuous and occurs once in the life of the organism. I will try to discover whether accounting for reaction norm evolution makes any difference to the classical predictions of population and community ecology. The central idea motivating the work is that if we can predict how life history traits should evolve in ecologically dynamic situations, we should be able to predict not only the life history traits of interacting species but also the impact of that coevolution on the stability of the interactions. The result will be a deeper understanding of the resilience of natural systems (their ability to respond robustly to perturbations and return to their original state) and of the kinds of life histories that should evolve in complex interactions. This project will connect evolution to ecology on a new level of detail, pushing theory to new levels of realism and generating new hypotheses that should stimulate new tests.

After sketching the range of topics addressed in evolutionary medicine, I will focus in more detail on three issues. The first is the Hygiene/Old Friends Hypothesis, a surprising new insight now in clinical trial. This is about mismatches to modernity: mal-adaptation produced by time lags. It is a novel insight, it works, and it involves delightfully disgusting worms. The second considers cancer as an evolutionary process in which both the history of an individual cancer and the dynamics that lead to its malignancy can be understood using evolutionary insights. The third starts with conclusions supported by experiments and proceeds to a fascinating and less well-supported speculation. It concerns how the father and the mother turn off different genes that are expressed in the placenta and brain of the offspring. Analysis of the function of these genes reveals a tug-of-war between the parents set up by evolutionary conflicts of interest that have achieved an equilibrium whose disruption leads to significant differences in maternal investment and birth weight. The open question - the less well-supported speculation - is whether the consequences of such evolutionary conflicts also contribute to mental disease, shedding light on the origins of autism and schizophrenia. In closing, I will discuss recent evidence that contemporary humans are still evolving, an issue that reveals culture as an agent exerting selection on biological traits and the importance of understanding interactions between cultural and biological evolution. This example provides a bridge between the phenotypic plasticity group and the evolutionary anthropology group.

Constraints on the coevolution of contemporary human males and females

What mechanistic insights can or cannot contribute to life history evolution : an exchange between Stearns, Heyland, and Flatt

Evolutionary perspectives on health and medicine

The great opportunity : evolutionary applications to medicine and public health