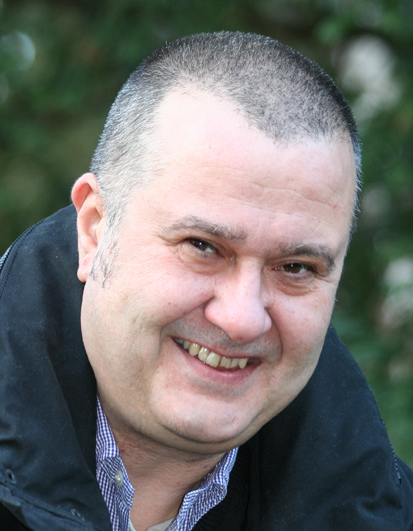 Born in 1968 in Sofia
Studied Classics at the National High School for Ancient Languages and Civilizations, Sofia and Archeology and Art History at the University of Athens

Typology and Semantics of the Reverse of Post-Byzantine Icons

Until now, Katherine Marsengill has been the only person to have done research on this issue: in her 2001 M.A. thesis "Viewing the Back: The Reverse of Byzantine Icons," which was undertaken at The Lamar Dodd School of Art in Athens, Georgia. However, the findings of her study have not been published and they only deal with the Byzantine period. Some larger catalogues of Christian art exhibitions and published conference papers occasionally include icon reverses as well, but they have not yet been the object of thorough research. Thus, there is a need for a more complex and comprehensive study on the Balkans that is based on field work and those materials to be found in museum warehouses.
The methodology of this research is interdisciplinary, i.e. using methods from philology, theology, epigraphy, art history and social anthropology. Some of the sources that I examine are writings by the Church Fathers (such as St. John of Damascus), Byzantine ekphraseis, eighteenth and nineteenth-century iconographic manuals, donor and dedicational inscriptions and other Greek and Slavic inscriptions and cryptograms. I will be analyzing the significance of the represented iconographic symbols, the cult practices related to icon worship, their removal from the space of the temple and the home, the rituals in which they are included, etc.
The results of this project will help clarify the role of the icon in cult practice, shedding light on its apotropaic function in border spaces and casting doubt on the flat character of Orthodox painting and lack of perspective and three-dimensionality in the East until the mid-nineteenth century. They will also help to explain certain aspects of everyday Christianity and the believer's individual relation to the represented character as well as his "reading" of the holy images.

The Obvious and Hidden Aspects of Holy Images: The Reverse Side of the Orthodox Icons

This Christmas-season talk presents to a non-specialist audience how the decoration of the reverse sides of Orthodox icons fits the context of the overall Byzantine perception of the world. Much research has been done in the past on this topic in the context of Byzantine art. But I see a difference between two-sided icons and icons whose reverse sides are merely decorated. Here the medieval tradition of the icon will be traced and a few words will be said about icons in the post-Byzantine period, in which the same tradition of sporadically decorating the reverse sides of images becomes a purely spatial (and not substantive) solution, although here, too, Orthodox art still transports a vision of the afterlife. This art persistently rejects the Renaissance achievements in geometric perspective, depicting unnaturally elongated figures and ascetic faces that seem to be suspended on the golden background and avoiding any resemblance to a photographic depiction of reality. I support my theses with a wide range of pictorial materials, some of them as yet unpublished.

The metropolitan cathedral of St. Stephen in Nessebur and its artistic circle