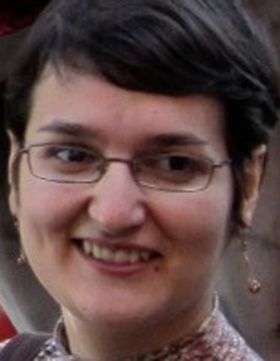 One of the most ardent political-cultural struggles in the former communist states is the evaluation of the moral profiles of some of their leading intellectuals. It is not my task, however, to inventory cases or take sides. The aim of the present project is to question the revelatory dimensions of the data used in the "battle of the files" and also to reconstruct the history of how such data has been symbolically invested with classificatory authority. I will therefore attempt to enhance a meta-critical approach to the classifying and documenting of "resistances" as well as of "truthful" behaviors under communism by investigating the practice of "observing", "monitoring", and "commenting" of "deviances" by external and internal critical agencies during the Cold War.
The methods used will be, first of all, the selection of cases of mutual counter-reporting, and, afterward, the analysis of their representational and data organizational system (the reconstruction of the information processing, the mapping of the social networks involved, and, last but not least, the interpretation of the underpinning ideological taxonomies). If the files of the former Security Police emerge as a self-evident case of systematic surveillance, the broadcasts and analyses of Radio Free Europe appear as a counter-story within the vast operation of reporting and labeling socially or civically "disturbing" actions and/or persons. Two observational tribunes thus share as target a space inimical to the circulation of information, therefore mobilizing an intricate system of gathering news and documenting issues, while developing a taste for insidious detection of "cases". One of the purposes of my research is to analyze the epistemic anxieties of such archival enterprises, based on the paradox of individualizing disorders while depending upon a network-based pool of information. The current campaigns of delimiting vertical attitudes from collaborative ones rest on the ensuing incongruent endeavor of individualizing guilt by resorting to interlinked and interdependent data.

The Soul Catchers. Information Systems during the Cold War

"Some of those who are born become entries in encyclopedias, in history books, in biographies, in catalogues, in manuals, in collections of newspaper clippings, the others, roughly speaking, are like a cloud that passes without leaving behind it any trace of its passing, and rain falling from that cloud doesn't even wet the earth. Like me, thought Senhor José."

And so begins the adventure of Senhor José, the gray and acrophobic clerk in José Saramago's novel All the Names. Long trained in the tedious task of indexing and retrieving people's personal information in the Central Registry, Senhor José clandestinely provides his private collection of newspapers clippings with data smuggled from his office, indulging in reparatory documentation, as if equilibrating an economy of information.
During the Cold War, information-gathering institutions separated by the Iron Curtain play a similar game of balancing knowledge against the yardstick of a reality either impossible to access directly, or too close to assess. As Radio Free Europe, an American anti-Communist radio station (based in Munich) monitors, transcribes, and analyzes the propaganda press from the targeted countries, the Secret Police monitors those who listen to Radio Free Europe, transcribes the broadcasts while at the same time jamming them, and produces noise in the local press to counterweigh the transmissions on which they, paradoxically, rely. At the same time, because of the absence of a public sphere of debating, both institutions try to grasp something as ethereal as the mood of the population, developing intricate technologies of knowing and interpreting that are specific to information-poor environments. Few persons like Senhor José become enmeshed in a political economy of complementary items, acting out of mere will as well as out of outward impulses within a powerful magnetic field. They are double collaborators and clandestine carriers, trading their knowledge between two different soul catchers.
Without minimizing the role of Radio Free Europe for the demise of Communism or the repressive nature of the Securitate, I would like to map some circuits of information delimited by the two institutions, to transgress the bounded historiographies enhanced by their conceptual framing, and, last but not least, to contrast networks of data gathering with data processing. While relying on archival material, I do not merely try to retrieve "the reality" from beyond its encoded traces, but to capture the in between moments and the human agency deployed in a textured way. In trying to reconstruct the story of my Senhor José, barely captured by the archives and poorly understood by the transitional justice accounts, I wonder how it was possible for such a person to operate and exploit the needs of two adversarial institutions, how representative this case is for the entangled nature of relationships under Communism and what it can reveal about the emotional and "truthful" wars against propaganda.