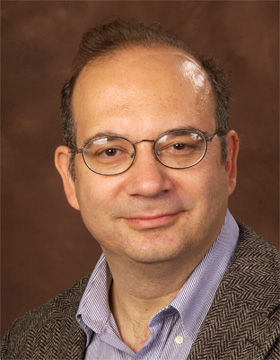 Transnationalism, Ideology, and Revolution: The Cultural Conditions of the Mexican Revolution

I am writing a book that traces the history of the Partido Liberal Mexicano - a Mexican anarchist and socialist party - from the politicization of its principal leaders in the 1890s in Mexico City through their experience in exile in the United States beginning in 1904 to their participation in the Mexican Revolution. This empirical work is being developed as a historical response to two fundamental questions: What were the cultural conditions of the Mexican Revolution? What was the significance of grass-roots transnational relations in the formation of the Revolution both as a practical possibility and as a set of (ideological) projects? The book also seeks to explain one interesting feature of the Mexican Revolution: its ideological inconsistency. This aspect of the revolution has often made it appear rather exceptional and as a result has led to insufficient consideration of the significance of the case for broader theorization on the historical sociology of revolutions. The work that I am doing is meant to redress this situation by making "ideological incoherence" intelligible from a comparative perspective.

This presentation seeks to share the broad outlines of the book that I have been writing since my arrival to Berlin with the WIKO community. The book is a narrative history-with lots of interest in trees, and sometimes relatively slight concern with the forest, I'm afraid. At least that is how I feel about the project at the moment.

The book is a historical anthropology of a revolution in a country that had only recently made what I have called elsewhere its 'transition to dependency.' This transition involved the settling of the border region that divides Mexico and the United States- a transition that Friedrich Katz characterized as a transformation of a frontier into a border, and that Frederick Jackson Turner described as the end of the colonization of the West, back in the 1890s. The revolutionary fraction that I study developed on this new border and used it in novel ways.

'Gospels of Ricardo Flores Magón' is a detailed study of two inter-locking circles. One that centered around the Junta Organizadora of the Mexican Liberal Party-a party that by 1908 (date when the book begins) was made up in equal parts of anarchists and socialists, with anarchists dominating-and the other that consisted of a group of American sympathizers and collaborators, all of whom were members of the American Socialist Party.

The book's guiding aims are:

1. To provide an account and conceptual exploration of 'ideological coherence' and 'purity of motive' in a revolution that was characterized by ideological incoherence (I will explain this in my lecture, since this is a conclusion that derives from earlier work).
2. To provide a detailed phenomenological account of the problem of international collaboration in the Mexican Revolution. This is a significant issue, because recognition of the key economic and political role of the United States and the US-Mexican border has not been followed into the terrain of society and ideology.
3. To provide an account of the historicity of the Mexican Revolution by way of a study of this group, which has always been presented in Mexican public life (and historiography) as ideologically central, and temporally marginal. Specifically, the Mexican Liberals were branded 'precursors' of the Mexican Revolution, while they were in fact its contemporaries. The problem of 'uchrony' is combined with the accusation that the group was 'utopian,' accounting at once for the group's alleged purity, and also for its displacement in time (precursors, not contemporaries).
4. To show the relation between honor, love, and betrayal in the history of these two groups. The intimate history that I study here provides a window into the social world that begot Mexico's 'purest' revolutionaries, and helps explain the practical limits, and the ideological appeal, of their movement.

Chronotopes of a dystopic nation : the birth of "dependency" in late Porfirian Mexico