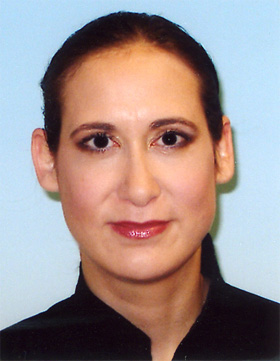 Images of the Self: [Auto]biography and Memory in Middle Kingdom Egypt

My study seeks the origins of Ars Memoriae (as formulated by the Rhetorica Ad Herennium, Cicero's De Oratore and Quintillian's Institutio oratoria and described in the pivotal study by Yates 1966) in ancient Egyptian hieroglyphs. In a second step, the lists of epitheta of the ancient Egyptian (auto)biographies are seen as imagines agentes, specifically designed to imprint themselves into the memory of their readers (and listeners).
In a sense, my study can be seen as a prequel to Jan Assmann's Das Kulturelle Gedächtnis (1982), since it attempts to map the processes behind individual memory formation that precede the entry of any image, concept or phrase into the collective or cultural memory. For just as individual memory cannot exist without society and the culture against which and by means of which it defines itself (Assmann 1992, 35), so cultural and collective memory cannot exist without the memory of the individual. This holds true despite the externalization of memory that currently permeates Western society - no books, no pyramids, no hard disks manage to keep the memory alive without it having human minds to inhabit.
While my study owes a lot to Jan Assmann (1992), it takes up a very different path. Whereas Jan Assmann's groundbreaking work concentrates on cultural memory, i.e. the external dimension of memory (Assmann 1992, 19; 20-21), I am concerned with the (auto)biography's connection to and influence on inner memory. The study focuses on three main interrelated aspects: the ancient art of memory, the art of memory as a hieroglyphic art, and the interrelation between (auto-)biography and memory.

In my colloquium I will be giving a preliminary report on my search for the origins of the classical art of memory as described in the anonymous Rhetorica ad Herennium (early first century BCE), in Cicero's De Oratore (mid-first century BCE), and in Quintillian's Institutio Oratoria (first century CE).

Most studies on the art of memory, including modern ones, cite an ancient legend to explain the origins of the "locational" art of memory. According to this legend, the poet Simonides was able to identify a number of mutilated corpses by recalling where the individuals were seated at a certain banquet. Even without examining the truth value of this legend, it is clear that this anecdote only explains half of the method of loci, which is based on two principles: a strict sequential order and vivid visual imagery. Where does the visual imagery come from and how did the rebus-based method of encoding verbatim sequences in one's mind, the so-called memoria verborum, develop?

Any study of the ancient art of memory is made complicated by the fact that it was considered essential for a man to form his imagery by himself, as anything suggested from the outside would be far less effective. Therefore, the extant rhetorical works on memory only record general principles of the art of memory and give few or no examples of how they were actually to be applied. Fortunately, however, the art of memory survived in a basically unchanged form throughout classical antiquity and into the Middle Ages (notably in the works of Albertus Magnus and Hugh of St. Victor) and on into the Renaissance (most famously Giordano Bruno, but also Ramon Lull, Petrarch, Giulio Camillo and others). But it was only in the late sixteenth century - when a Jesuit missionary undertook to teach the art of memory to Confucian scholars in China - that the detailed techniques of mnemonic-image formation were described for the first time. They show, perhaps surprisingly, that the art of memory was essentially a hieroglyphic art and that the formation of mnemonic images precisely corresponds to the formation of Egyptian hieroglyphic signs. Given that Greeks had intense contact with Egypt during the fifth and fourth centuries BCE, it is perhaps not surprising that they should find inspiration in the Egyptian script and use it to create a method of writing not on material surfaces but onto one's mind.

Can we go a step further? Is it possible that the Egyptians themselves developed a mnemonic based on the script they had continually used for over three-thousand years? The search for answers to these questions will involve a discussion of the Hermetic writings and will show that Horapollo may not have misunderstood the Egyptian script quite as much as has been claimed in the past.

Ars memoriae aegyptiaca? : Some preliminary remarks on the Egyptian hieroglyphs and the classical art of memory

It is my good name that you should remember : Egyptian biographical texts on Middle Kingdom stelae