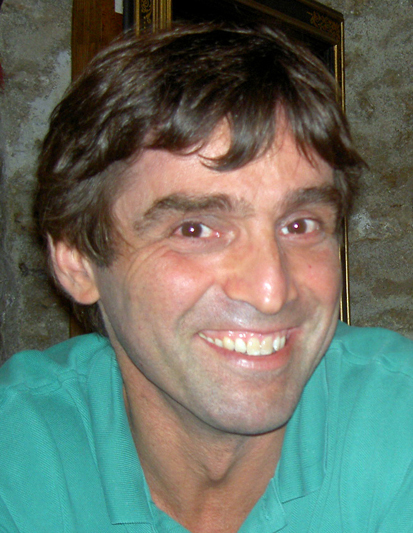 Born in 1958 in Worcester, Mass., USA
Studied Mechanical Engineering at the Eidgenössische Technische Hochschule Zürich and Evolutionary Biology at the University of Basel

Any parasite faces enormous variability among its hosts, reflected in, for example, its hosts' nutritional status and immune status. How should parasites respond to the variability of their hosts? Clearly, a developmental pattern that is optimal in a well-fed host (that has ample resources available to the parasite and is unlikely to succumb to the infection) may be less than optimal for the parasite developing in an undernourished host that constrains the parasite's growth and dies soon after infection. Therefore parasites should change their development according to the quality of the host they happen to find themselves in.
Such a response would be part of their adaptive phenotypic plasticity, the ability of a genotype to respond to environmental variation by changing its phenotype in an evolutionarily beneficial way. Initial work in this area focused on predicting the optimal strategies in different environments. Since then there has been considerable development in the field. Two aspects that I am interested in are (i) the realisation that whether adaptive phenotypic plasticity evolves depends on the specific patterns of the environmental variation, on the frequency of patches of different environmental quality, and on how individuals experience the variability, and (ii) the question of the genetic regulatory system of phenotypic plasticity, in particular whether environment-specific genes and development are regulated in independent pathways.
During my stay in Berlin I will focus on two specific aspects of phenotypic plasticity - whether and how parasites should respond plastically to changes in their host's nutrition and immunity - developing the necessary theory at several levels, ranging from genomes to epidemiology and evolution.

Until recently, parasites were generally neglected by scientists, yet they are among the most successful and sophisticated organisms. They transform the insides of other creatures into their homes. They can evade attacks of the immune system; some even use it to their advantage. They can control the minds of their hosts, leading to their destruction while ensuring the parasites' survival. And it is thanks to these skills that parasites have shaped the evolutionary histories of their hosts.
In this presentation I will share my - and many other biologists' - fascination with parasites and with the highly evolved strategies they use to shape and manipulate the behavior and physiology of their hosts. This will also give me the opportunity to explore certain epidemiological issues and a number of misconceptions about malaria, a disease that kills some one million people every year.

I will be making three main points. The first is that our evolutionary history with respect to parasites is important for reasons beyond those entailed in the hygiene hypothesis elaborated by Steve Stearns - that the mismatch between our evolutionary history and current situation regarding parasites leads to allergies and asthma - because parasites also have a large impact on whom we choose to mate and have children with - as well as on the economic success of the perfume industry. The second point is that parasites can manipulate our behavior in ways that increase their transmission. The examples I discuss show that they can override our intrinsic choice of partners (or, at least, the choice made by rats) and that they can make us (and rats) less risk-averse. The third point is that malaria impacts its own epidemiology by manipulating the biting behavior of mosquitoes in various ways, thereby making the control of malaria more difficult.

Blocking the evolution of insecticide-resistant malaria vectors with a microsporidian

Blocking the evolution of insecticide-resistant malaria vectors with a microsporidian

Trade-offs, conflicts of interest and manipulation in Plasmodium-mosquito interactions

The tangled bank : the maintenance of sexual reproduction through competitive interactions