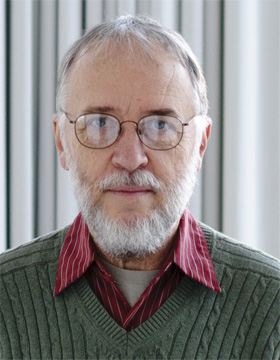 Visiting Professor of Biology and Entomology

Insect sociality is an evolutionarily-derived behavioral network in which varied individuals of a species, through integrated behaviors in the context of colony life, accomplish feats and surmount challenges that no individual could if alone. The complexity, sophistication, and simple fascination of insect societies have attracted generations of professional specialists, academic generalists, and amateur naturalists. These scientists have produced a voluminous literature on a wide diversity of topics. In reflection of this, the field of social insect studies has become so large that researchers in diverse areas can have scant intellectual interchange. Perhaps this is in part because there is no currently comprehensive treatise on the biology of insect societies to show how the pieces fit into an integrated whole. The last comprehensive treatment of insect sociality was Edward O. Wilson's The Insect Societies (1971). Since then, an enormous empirical literature has been generated, often without reference to the evolution of insect societies, even though this rich literature has much to offer for evolutionists. A survey of this literature over a broad range of topics can, it is hoped, be synthesized into a broad evolutionary perspective on insect sociality. The survey will include the considerable variability that occurs among societies of ants, termites, social bees, and social wasps, plus an even greater variability that occurs among groups little-known except to specialists: social beetles, social aphids, social thrips, even social caterpillars. This survey of empirical literature across a broad range of topics and species will address the question of whether common features unite these diverse social insects in some way or if each offers a unique solution to the challenges life presents to organisms. To answer this and other questions I will survey and synthesize literature across multiple areas of empirical research for a diverse array of social insects in order to produce a book, Evolution of Insect Societies. Perhaps, much as The Insect Societies marked a milestone in the early years of my career, an up-to-date comprehensive synthesis from an evolutionary perspective can be a milestone for the next generation of social insect biologists.

Wasps as a Way of Knowing

Biology is an inherently messy discipline. There are no inviolable laws as in physics; no consistent relationships between units as in chemistry. Among the "hard sciences," biology is decidedly amorphous. This is especially true in evolutionary biology, that part of biology that undertakes to understand how life came to be as we see it. The inherent messiness places obstacles to discerning evolutionary patterns and processes at the center of evolutionary biologists' academic lives. To circumvent or surmount those obstacles is the essence of the discipline.

The evolution of social insects is one small part of life's panorama. Nonetheless, the evolution of insect sociality is a focus of academic inquiry that is both prominent and contentious. Evolutionary studies of insect sociality have long been pursued on two parallel tracks. On one, "naturalists" delve into the intimate lives of social species, dissecting the intricacies of their everyday lives and using them as windows into their evolutionary past. On the other, "geneticists" produce formal models by which it is said that social evolutionary processes can be understood. The two tracks now are converging, and coalescence should be the desired outcome. Instead, conflagration is the order of the day. Can the fires of contention in the discipline be quenched? The thesis of today's colloquium is that they can. The way to do so is to ask the wasps.

The wasp family Vespidae, comprising some 3,000 species, is the only insect lineage that contains the full spectrum of life histories, ranging from solitary to the most complex degrees of sociality. Phylogenetics - the grouping of species by common ancestry - provides a framework upon which to place life history traits at each level of social organization. The life history traits have largely been already known, so what is more important is to understand the evolutionary transitions from one level of social organization to another. At this point the messiness of evolutionary biology becomes central to the scenario, and it does so in a counter-intuitive way. The route to understanding insect social evolution is not to attempt to tame the messiness of biology but instead to embrace it.

The Modern Synthesis, the mid-Twentieth Century melding of evolution and genetics, was initially incomplete. It did not incorporate messiness - the behavioral flexibility and developmental variability that are significant contributors to evolutionary patterns and processes. It is increasingly being recognized that the evolutionary role of behavioral flexibility and developmental variability may in many cases exceed the role of the genetics of the Modern Synthesis, and in today's talk I will argue that this is the case in the social evolution of wasps. In doing so I will present a conceptual model to show how these factors can have shaped the social evolutionary process. A key aspect of the model is that the origin of wasp sociality and the subsequent evolution of adaptations of sociality are separate phenomena. Failure to make this distinction and to understand the ways in which they operate is a major contributor to the contention that currently characterizes the discipline.

Wasps offer a gateway to discerning and understanding the patterns and processes of insect social evolution. Wasps are a way of knowing

Development of an RNA interference tool, characterization of its target, and an ecological test of caste differentiation in the eusocial wasp Polistes

The evolution of social wasps

Evolution of castes in Polistes