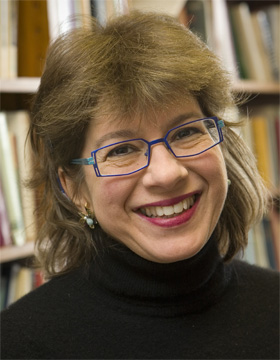 Born in 1952
Studied Religious Studies at the University of Pennsylvania

The Jewish Fascination with Islam: Scholarship, Travel Narratives, and Conversion of European Jews in the 19th and 20th Centuries

I am studying the involvement of Jewish scholars in the creation of the field of Islamic Studies in Europe during the long nineteenth century, and I am also describing the use of Islam as a template through which aspects of modern Judaism came to be defined for a Christian readership. Studies of the rationality and ethical nature of Islam's legal traditions, its monotheism, and its rejection of anthropomorphism became surrogates for a defense of Judaism's legal and theological traditions. Jewish scholarship on Islamic origins and the widely-read narratives of Jewish travelers to Islamic countries, particularly in Great Britain, shaped European images of Muslims as well as of Jews. The Jewish admiration for Islam ultimately led some Jews to convert to Islam, some of whom became significant religious leaders, while others became political representatives who negotiated with European leaders.

Why This New Fascination: The Islamic Imaginary of Modern Jewish Thought

Why have so many Jewish scholars been drawn to the study of Islam? From the 1830s to the 1930s, Jewish scholars came to dominate the field of Islamic Studies in Europe, particularly Germany, Hungary, and France, concentrating primarily on the Qur'an and the life of Muhammad, but also painting a broad canvas describing the nature of Islam as a religion. They presented Islam as derived from Judaism, and under whose aegis, especially in medieval Muslim Spain, Jews enjoyed not only religious tolerance, but cultural and economic flourishing. These scholars began with Abraham Geiger's 1833 book, What Did Muhammad Take from Judaism?, Gustav Weil's 1843 biography of Muhammad, Ludwig Ullmann's 1840 German translation of the Qur'an, Herman Reckendorff's 1857 Hebrew translation, Ignaz Goldziher's monumental studies of the Hadith, and innumerable works comparing rabbinic commentaries with the Qur'an. Jews traveled to Muslim countries, some converted, and several left important footprints in Islamic scholarship and culture. By the 1920s and 30s, Jews dominated Islamic Studies at German universities, and were imbued with an Islamic imaginary.
The image of Islam created by Jewish scholars and theologians in the modern era was of a religion that maintained Judaism's monotheism, rejection of anthropomorphism, and ethical law. Precisely those aspects of Judaism that these Jewish scholars despised - mysticism, pietism, apocalypticism - were also ignored or marginalized in their representations of Islam. By contrast, Christianity, though similarly derived from Judaism, had violated its central principles once Paul entered the realm of pagan thought - or so Jewish theologians argued.
Jewish scholarship on Islam was translated by popular writers and theologians to a broad readership, and Moorish architecture of synagogues also signified a Jewish identification with Islam. In the long nineteenth century, Islam came to play an important role in Jewish self-definition, as the religion closest to Judaism, even as a model of enlightened religion to which Judaism might aspire.
Jewish views of Islam map changes in modern Jewish self-understanding. Initial Jewish scholarship proudly touted rabbinic influences on the Qur'an, but as that narrative continued, the tone began to change from discovery to negation, from colonial revolt to imperialist discourse. The Jewish depiction of Islam as a rational religion rooted in Jewish theology was initially a vehicle to de-orientalize Judaism. Zionism altered the tone. Some Zionists identified with Arab culture, donning keffiyahs and riding camels, convinced that Arabs had preserved an ancient, authentic biblical Jewish culture (e.g., Bezalel School). Adopting Arab culture was a tool, they thought, for ridding Jews of their false consciousness as Europeans. Other Zionists argued that Jews were bringing European modernity to the "primitive" Arabs in Palestine. Zionist scholarship was similarly inflected, making a derivative Islam a signifier of Judaism's pivotal position on the cartography of world religions. And there were political consequences: Jewish scholars of Islam entered Zionist politics (Horovitz) and some (Harkabi, Hirschberg) held significant positions in the Israeli government. Yet today's intertextual Qur'an studies would be unfeasible without the heritage of nineteenth-century German-Jewish scholarship.

'Wherever you see the trace of man, there I stand before you' : the complexities of God and human dignity within Judaism

Abraham Geiger and the emergence of Jewish philoislamism

The Aryan Jesus : Christian theologians and the Bible in Nazi Germany

Betrayal : German churches and the Holocaust

How the Jews Invented Jesus and Muhammad