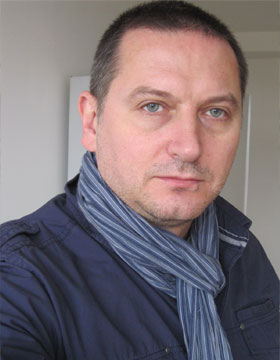 A World Denied, or: a Short History of the Unhappened

In my neighborhood, there is a small second-hand shop for clothes. Sofia is full of such shops. "Europe - second hand" is written with large letters on the shop window of this one. This also could be the working title of my book project. Once I heard a sales girl saying, "I've never been to the Netherlands or to Germany, yet I wear their clothes. This shirt has traveled more than me."
Is it possible to write a history of what has not happened to us? Behind every big history, there always is a different, shadowed history of what has never happened, a history of the unhappened.
This will be a meditation on the generation of the 40-year-olds - my generation that has a split biography: two decades before 1989 and two decades after that. The end of our education coincided with the end of what we were educated for. Our fathers (born by the end of World War II) and our grandfathers (born by the end of World War I) have an unhappened (hi)story, a dreamed and unfulfilled Europe of their own. According to the statistics, 80% of all Bulgarians never left their birthplaces during the communist regime. And nowadays the travel of immigrant workers is again part of this unhappened, or not-quite-happened European dream. The world and Europe that we dreamed of secretly now seem easy to access. But do we still dream of them in the same way?
The book will use the energies of fiction, involving at the same time documentary and personal stories and my experience from the previous projects I worked on: I've Lived Socialism. 171 Personal Stories (collected stories of ordinary people) and Inventory Book of Socialism (catalogue of perishable everyday objects from that time).
The book will explore the non-durable, the perishable, the seemingly small traumas that often turn out to be the deepest ones. I have gathered a considerable archive, including curious written traces left by children - letters, diaries, albums. This archive will be incorporated in the book. Its genre will be hybrid, emerging in the process of writing - a history or an encyclopedia of the unfulfilled.