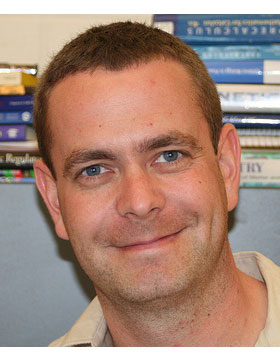 Phenotypic plasticity, the ability of a genotype to produce multiple phenotypes across environments, is a major concept in evolutionary biology. Such plasticity enables organisms to optimize life history traits in an environment-dependent way that maximizes fitness. Despite the importance of plasticity, however, its mechanisms remain poorly understood. One of the major objectives of the focus group on adaptive plasticity is therefore to synthesize the existing knowledge about such mechanisms and how they regulate plasticity. A particularly good example of a mechanism whose understanding is likely to broaden our knowledge of plasticity is hormonal regulation. As a member of the focus group on Adaptive Plasticity, I propose to incorporate a hormonal perspective into our current thinking on plasticity. To do so, I will synthesize the existing knowledge about endocrine aspects of plasticity and develop hypotheses that test the potentially central role of hormones in adaptive responses to environmental change. Part of the difficulty in achieving a synthesis between endocrinology and phenotypic plasticity lies in the interdisciplinary nature of such an integration; because I am an evolutionary biologist by training, but since most of my research work focuses on the hormonal regulation of life history traits, I feel well-equipped to attempt such a preliminary synthesis. I hope that the integrative perspective I aim to develop during my stay at Wiko will allow the focus group to extend its explanatory models for the mechanisms and the evolution of phenotypic plasticity.

Why We Age - Evolutionary Explanations for Aging

Why do we age, and why does natural selection not prevent such a deleterious process?
In my seminar I will discuss what evolutionary biologists have learned about why organisms grow old and die.

Aging, or senescence as it is sometimes called, is an inevitable progressive deterioration of physiological function with increasing age. Demographically this is characterized by an age-dependent increase in mortality and decline of reproduction. This poses an evolutionary paradox: natural selection designs organisms for optimal survival and reproductive success ("Darwinian fitness"), so why does evolution not prevent aging in the first place?

For centuries, beginning with Aristotle, scientists and philosophers have struggled to resolve this enigma. The Roman poet and philosopher Lucretius, for example, argued in his De Rerum Natura ("On the Nature of Things") that aging and death are beneficial because they make room for the next generation, a view that persisted among biologists well into the 20th century. In 1891 the famous 19th century German biologist, August Weissmann, for instance, suggested - similar to Lucretius - that selection might favor the evolution of a death mechanism that ensures species survival by making space for more youthful, reproductively prolific individuals. But this explanation turns out to be wrong. It is wrong because the "cost" of death to an individual will be greater than the "benefit" to the group or species. It is also wrong because long-lived individuals leave more offspring than short-lived individuals (given equivalent reproductive output), and so selection would not favor such a death mechanism.

A better evolutionary explanation for the existence of aging therefore requires an explanation that is based on individual fitness and selection, not group selection. This was understood in the 1940's and 1950's by three evolutionary biologists, J.B.S. Haldane, Peter B. Medawar and George C. Williams, who realized that aging does not evolve for the "good of the species". Instead, they argued, aging evolves because natural selection becomes inefficient at maintaining function (and fitness) at old age. Their ideas were later mathematically formalized by William D. Hamilton and Brian Charlesworth in the 1960's and 1970's, and today they are empirically well supported by observations and experiments.

In my seminar I will introduce the basics of these evolutionary ideas, review some of the empirical evidence for the evolution of aging, and, if there is time, make some pointers to my own research.

Neuronal inputs and outputs of aging and longevity

Neuronal inputs and outputs of aging and longevity : [author's proof]

Reproduction, fat metabolism, and life span : what is the connection?

Survival costs of reproduction in Drosophila

What mechanistic insights can or cannot contribute to life history evolution : an exchange between Stearns, Heyland, and Flatt