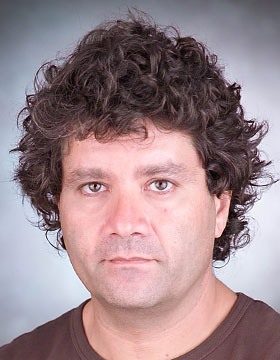 Born in 1960 in Geneva, Switzerland
Studied Political Science at the Boggaziçi University Istanbul and at the Université de Provence, Aix-Marseille

The Ottoman Petty Bourgeoisie Between Empire and Republic

The project is based on the quantitative and qualitative exploitation of some 6,000 files kept by the Imperial Ottoman Bank on its staff between the 1890s and the 1930s. The very detailed and highly standardized information contained in these files on these individuals' identity, nationality, religion, education, language skills, former employment, working skills, and references will enable the constitution of an empire-wide sample consisting of mostly white-collar workers covering the last three decades of the Ottoman Empire and the first decade of the Turkish Republic. The assumption is that this database is likely to constitute a representative and dynamic sample of a local petty bourgeoisie in the face of the transformations brought by modernization in all its forms during the period under study. Of particular interest is that the sample covers three crucial periods of Ottoman/Turkish history: the relative stability of a quasi-colonial situation of dependency (1890-1912), the tragic and ideologically loaded decade of conflict before and after the Great War (1913-22), and the dawning of a nationalist, modernist, and authoritarian regime (1923-33). The principal appeal of the sample lies in the nature of the data collected, and more specifically in the fact that it combines a quantitative strength - 6,000 individuals - with a diachronic dimension - the possibility of following trends over a period of 40 years - and a rather exceptional qualitative depth. This last point is particularly striking if one considers that every file comes with a full-body photograph and such precious details as the distinction between spoken and written languages. In short, then, I hope to bring a much-needed level of precision and sophistication to the issues of social transformation, ethnic and religious coexistence, and Levantine cosmopolitanism under the combined effects of economic growth, modernization, acculturation, and ideological polarization from empire to republic.

The Ottoman Bank archives in Istanbul hold a very rich series of staff records, consisting of some 6,000 individual files kept between the early 1890s and the early 1930s. The very detailed and highly standardized data contained in these files enables a reconstitution of individual profiles, based on such precise information as identity, nationality, religion, linguistic skills, education, former employment, professional skills, family links with bank employees, and references/recommenders. To add to this wealth of information, it should be noted that almost each file comes with a full-body photograph of the employee. My project involves the treatment of this rich database as a possibly representative sample of a white-collar petty bourgeoisie in a religiously, ethnically, and culturally plural environment, confronted to the radical transformations of the period, from the relative stability of a quasi-colonial situation of dependency (1890-1912), to the tragic and ideologically loaded decade of conflict before and after the Great War (1913-22), and finally to the dawning of a nationalist, modernist, and authoritarian regime under the Kemalist Republic (1923-33).

The colloquium will consist of four main parts:

I. A reminder of the general context of the bank's history and of my previous research on its archives as possible sources of the political, social, and cultural history of the Ottoman Empire and the Republic of Turkey;
II. A presentation, through concrete examples, of the nature, format, and contents of the files and of the basic input mask to process this information;
III. A discussion of the main issues I intend to address and of the research questions I would like to use as a means to attain these goals;
IV. A candid interrogation on the possible ways in which the most mesmerizing and puzzling element of this database, the photographs, can be incorporated into the analysis.

Making sense of Osman Hamdï Bey and his paintings

The archaeology of a photograph : Philipp Anton Dethier and his "Group for the history of Greek Art"

Chaos and half measures : the Ottoman monetary ̕system̕ of the nineteenth century

The economic development of southeastern Europe in the 19th century

Urban voices from beyond: identity, status and social strategies in Ottoman Muslim funerary epitaphs of Istanbul (1700-1850)