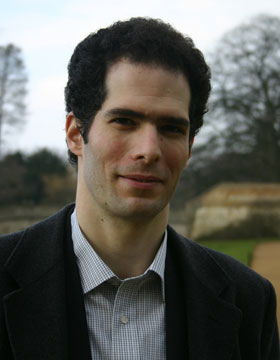 "Opening the Gate of Verification": Intellectual Trends in the 17th-Century Arabic-Islamic World

My projected monograph will deal with various intellectual currents in the Arabic-Islamic world in the 17th century. The first current was linked to Sunni scholars' movement into the Ottoman Empire from Kurdish and Azeri areas conquered by the Shi'ite Safavids in the early seventeenth century. These scholars were known for their keen interest in the "rational sciences" and for pedagogic and scholarly methods that heeded the science of dialectic. The second current was linked to the eastward movement of Northwest African scholars in the 17th century, as Morocco fell into political turmoil in the first half of the 17th century. Many Northwest African scholars had a markedly low view of "imitation" in matters of religious belief and consequently valued the disciplines of rational theology and logic. The third current was the spread of non-Arabic mystical orders from India and Turkey, which seems to have led to an increase in the influence of the theories of the Andalusian mystic Ibn 'Arabi (d. 1240) in the Arabic-Islamic world. The very existence of these currents has not been acknowledged by modern scholars, who have tended to assume that the 17th century was marked by intellectual stagnation. This view seems to reflect, not dispassionate and careful historical research, but the self-presentation of various nationalist and Islamic revivalist and reformist currents in the 19th and 20th centuries. Pre-"revivalist" Islamic intellectual life was, so I will argue, much more dynamic and sophisticated than historians have suspected.

"Opening the Gate of Verification": Intellectual Trends in the 17th Century Ottoman Empire

The intellectual history of the Arabic-Islamic and Ottoman world in the early modern period is still unexplored territory, having received precious little attention from modern historians. Ottomanists have often viewed the 17th and 18th centuries as a period of general political, economic and intellectual decline compared to the heyday of the Empire in the 15th and 16th centuries. Arab historians have tended to see them as part of a longer period of intellectual darkness under "Turkish" rule (roughly from 1258 to 1798). Scholars who study Islamic "revivalist" and "reformist" movements in the modern period have typically accepted at face value these movements dismissal of preceding centuries as an age in which "Islam" was corrupted by "blind imitation" (taqlid), Sufism, speculative theology and "idolatrous" popular practices. These assumptions have little to do with a careful study of the early modern period, but instead reflect the major political and religious movements in the Middle East in the twentieth century: Arab nationalism, Kemalism, liberal Islamic modernism, and Islamic fundamentalism (Salafism). My current research is a preliminary attempt to explore some of the major intellectual currents amongst scholars (ulema) of the Ottoman world in the age of Newton (1643-1727).

Before homosexuality in the Arab-Islamic world, 1500-1800

Was there a revival of logical studies in the eighteenth-century Egypt?