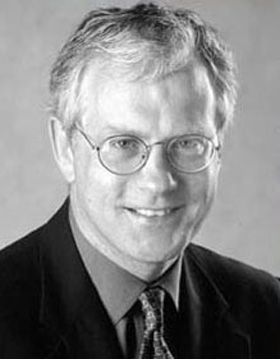 Professor of Music and the Humanities

Born in 1954 in New York
Studied Music at Yale University

During my residency at the Wissenschaftskolleg, I will be working on a monograph concerning the problem of musical tonality as viewed in the 19th century. It was during this time that the concept of tonalité became of obsessive interest to European musicians. As promulgated by the Belgian music historian and theorist François-Joseph Fétis in the 1830s, tonalité was conceived as a definable topos of music that could distinguish specific styles and historical periods of Western music. Most famously, Fétis drew a strong line between an early form of diatonic "plainchant" tonality from the more affective language of modern harmonic tonality (which Fétis distinguished above all by the appellative defining character of the dominant seventh chord). We can see how the strong distinction musicologists draw between early and later forms of tonality affected - indeed even helped to motivate - their communal project of rehabilitating plainchant by cleansing it of all tonal contaminants that had accumulated over time. At the same time, the concept of tonality was elastic enough to help explain (and help critique) the encroaching chromatic music that was beginning to filter across the Rhine from composers in Germany, above all Wagner.
Yet tonality was something that did more work than simply distinguish styles of Western art music. Critics invoked it to understand vernacular music, particularly the folk music and chansons of the provinces. At the same time, scholars (particularly from Germany) were attempting to analyze the modal practice of various Arabic, South Asian and East Asian musical traditions by identifying their particular "tonalities" (imagined via the differing scale systems each employed). The concern to identify and demarcate musical cultures with their own specific tonalities bespeaks an obvious anxiety among European musicians in the 19th century. Yet the anxiety did not end there. In the early 20th century, avant-garde composers such as Schönberg declared traditional harmonic tonality to be a dead language that was now superseded by his innovations with "atonal" and serial music. Of course Schönberg's prophecy proved futile. Still, that many composers to this day feel a need to declare some kind of allegiance within the "tonal oder nicht tonal" polarity suggests that the stakes remain high in any discussion of tonality.

When the Belgian music historian François-Joseph Fétis introduced the concept of tonalité in the 1830s, little could he have known what widespread influence it would have. Tonality became the most widely-invoked label in the 19th century to identify features of the modern system of musical keys and harmony in which most music of his day was written. (Indeed, it is one we still largely use today.) But it was also a term that could be used to define differences of tonal language, as well. For Fétis believed differing periods and cultures of music each had their own unique tonality. In an intellectual age driven by forces of both historicism and orientalism, tonality thus became a useful marker for defining these differences. But it also betrayed obvious anxiety among those musical scholars who applied these labels.
In my talk, I will discuss - and illustrate with musical examples - several case studies of musical tonality drawn from my book that I am finishing while at WIKO. In each of these cases, French music theorists, historians and cultural anthropologists invoked categories of tonality to define and demarcate various musical alterities. Sometimes these tonal differences were points of pride and self-identification. For instance, we will find Catholic ultramontanists seeking to revive - and insulate - Medieval chant practice from the secular contamination of "modern tonality" by reifying a historical "tonalité du plain-chant." Likewise, numerous musical - anthropologists - (today we would call them ethnomusicologists) spread out into the distant provinces in order to record the oral folk songs of the people (the "chanson populaire") in a belief that these musical traditions represented an indigenous, aboriginal musical tonality that could be celebrated as authentically French.
On the other hand, sometimes the motivation for tonal categorization was less benign. Orientalists who began studying the music of various French colonies in the Levant or distant Far East were largely repelled by the unusual microtonal singing and dissonant scale inflections that they heard, certain that these qualities represented an inferior and underdeveloped stage of tonality in comparison to the West. (Of course this did not stop opera composers of the time from parodying these sounds to add exotic color to some of their music.) But perhaps the greatest source of insecurity for French musicians came from just across the Rhine, where Wagnerian chromaticism and his "music of the future" (Zukunftsmusik) pointed to a new evolution of musical tonality, one that threatened once again the French sense of musical pride and patrimony.

Stories of tonality in the age of François-Joseph Fétis

Rameau and musical thought in the Enlightenment Cambridge studies in music theory and analysis ; 4