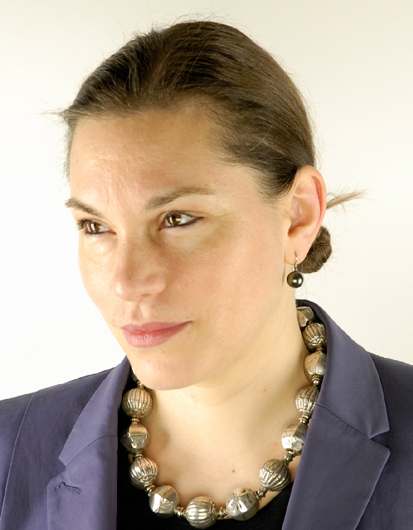 Born in 1973 in Beirut
Studied Law at Université de Fribourg, University of Oxford, and Universität Bern

A Legal Theory of Human Rights

Theorizing Human Rights - Why and How?

International human rights (IHR), i.e. the regime of international legal norms that protect the fundamental interests of all individuals, independently of status, and that has developed since 1945, is a thriving area of legal scholarship. There have been countless publications on the content of these legal rights and how they are to be enforced.
Unlike domestic human and fundamental rights, however, IHR are still under-theorized. Key philosophical questions such as, for instance, the nature of human rights, their justifications or their legitimate authority remain open. There are various reasons for this neglect of the difficult philosophical questions raised by international human rights and their practice -besides their sheer complexity in moral and political theory. Some have to do with the theory-averse stance of many human rights lawyers who see philosophical enquiry into the foundations of human rights as detracting from caring for their respect in practice and, in short, as little more than a waste of time. Others have to do with the alleged self-evident moral justification of human rights and the quasi-blasphematory implications of human rights theorizing. The problem with that approach is that it usually leads to human rights inflation and, within international law, to so-called "droits de l'hommisme" (lit. human-rights-ism), and therefore fuels badly informed human rights scepticism. It also prevents international lawyers from making use of philosophical resources to address important and concrete questions that remain controversial in practice and are too rarely broached. One may mention the following vexed questions in IHR law, for instance: the (democratic) legitimacy of international human rights and of international human rights judicial review, the cultural relativism or "parochialism" challenge to the universality of human rights, the nature and justification of the human rights of children, the elderly and the severely disabled, the existence and nature of collective human rights, the existence and justification of human rights duties or responsibilities of international organizations and non-state actors, the responsibility to protect human rights of the international community and international organizations and its relationship to human rights duties, the meaning and implications of the indivisibility of human rights, or the absolute character of some human rights.
Recently, political and moral philosophers have identified this gap and started working on human rights theory. Importantly, however, the law is side-lined from these accounts of human rights and their practice: IHR law is merely seen as a way of codifying, protecting and enforcing moral human rights. Moreover, for lack of time and specific training, philosophers are often not sufficiently familiar with the intricate details of IHR law and, as a result, miss some of the most important questions arising from current human rights practice. Not only does this prevent them from accounting for the centrality of law in the human rights practice since 1945, but it also blinds them to the moral consequences of some of the legal choices made in the field: legal specifications and interpretations are not morally neutral and the mutual relationship between moral and legal human rights needs to be explained. Furthermore, their neglect of the legal dimension of human rights also deprives human rights theorists from the resources of legal theory. For instance, legal theorists are used to accounting for the nature and authority of normative practises such as the human rights practice, whereas many human rights theorists are still puzzled by the social and practical dimension of IHR and how to reconcile it with their moral foundations; legal theorists are accustomed to dealing with genealogy and the place of history within the legal practice, whereas human rights theorists are still looking for a way to factor in pre- and post-1945 human rights history into their account of current human rights practice; and, finally, legal theorists know how to deal with legal concepts that correspond to moral ones but are legal in nature, whereas human rights theorists are usually suspicious of the nature and the moral role of certain legal concepts (e.g. rights, dignity, non-discrimination).
My project this year at the WiKo is the completion of a book tentatively entitled A Legal Theory of Human Rights (subtitle still to be defined). Besides taking the legal dimension of human rights seriously and hence making the most of the resources of legal philosophy and theory when addressing key human rights theory questions such as the nature of human rights, their justification, legitimacy, right-holders and duty-bearers, normative content, realization and normative weight in relation to other moral concerns and human rights, it also has two other specificities that differentiate it from other similar endeavours: it is European and hence pays due attention to the multi-level international, regional cum domestic human rights guarantees applicable in European polities and the role of human rights regionalization; and it is republican and offers an alternative explanation to mainstream liberal accounts of human rights that stresses and explores the political and democratic role and legitimacy of IHR law.
What I would like to do in the colloquium is make the most of our interdisciplinary framework at the Wiko in order to discuss with you why theorizing human rights is important, what it implies and how best one may embark upon that project methodologically. As illustrations and to give you an idea of how the argument plays out in concrete terms, I plan to take two topics and the corresponding chapters on which I worked during my first three months in Berlin: the identification of who owes us what in virtue of our universal human rights (Human rights duty-bearers: Our Human Rights, but Whose Duties?) and the ways in which one should resolve conflicts between those human rights and whether one may weigh and balance some human rights duties against others (The Weight of Human Rights: Conflicts of Human Rights - To Balance or not to Balance Human Rights Duties?).

The egalitarian dimension of human rights

The extraterritoriality of the European Convention on Human Rights : why human rights depend on jurisdiction and what jurisdiction amounts to

Theorizing the sources of international law