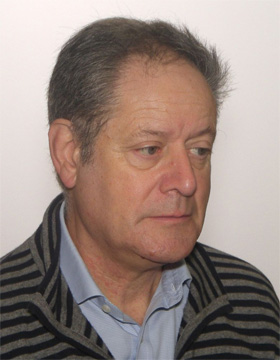 Born in 1947 in London;
Studied German and English at Queen Mary College (University of London)

James regarded Goethe as one of the three greatest figures in Western culture, alongside Plato and Beethoven, and Goethe's impact on James was commensurate with this view. In his early twenties, he studied Goethe and Schiller whilst learning German in Bonn, acquiring a good knowledge of some difficult texts, including Die Wahlverwandtschaften and Hermann und Dorothea, and continued to show an interest in Goethe in later life, e.g. in his lengthy review of a reissue of Carlyle's translation of Wilhelm Meister and in a late letter on Die Wahlverwandtschaften.
James's literary reception of Goethe can be seen throughout his career, beginning with his first novel, Roderick Hudson. Strands from Werther, Faust and Wilhelm Meister can all be found in what is essentially a tragic "Künstlerroman"; at the end of James's early period, The Tragic Muse, with its subject of the theatre, recalls Wilhelm Meisters Lehrjahre as a Theaterroman; and at the end of the middle period, What Maisie Knew echoes Ottilie's misfortune in Die Wahlverwandtschaften. Arguably, the transparent structure and the moral ambiguity of Die Wahlverwandtschaften also played a part in helping to fashion the transparent complexities of the last three novels, the crown of James's achievement, The Ambassadors, The Golden Bowl and The Wings of the Dove. Moreover, James's treatment of "the international theme" in his novels closely echoes Goethe's call upon writers to produce what he called "Weltliteratur".
For all his American origins, Henry James is commonly regarded as one of the most quintessentially English novelists; indeed, for F. R. Leavis, James constitutes one of the three major novelists in what he calls "the great tradition". However, as has been shown elsewhere, James was deeply involved with the French tradition, and as will be shown here, he was equally engaged with the German novel. Long before their readers recognized the fact, Europe's major novelists were intent on producing what was to become "the great European novel", a truly multi-national, global project.


The present paper is part of a wider study which aims to examine Goethe's reception in the Anglo-Saxon world during the long nineteenth century in terms of his concept of Weltliteratur.
Goethe, "Europe's greatest man", came to occupy an increasingly important place in the English-speaking imagination in the later 1800's. At the beginning of this period, he was regarded - somewhat paradoxically - as both dull, risqué and immoral. This changed when intellectuals from S.T. Coleridge to Thomas Carlyle, G.H. Lewes, and Matthew Arnold recognised him as the century's finest writer, a polymath and a sage. As Carlyle put it, Goethe was "the first of the moderns": his Werther was the first international best-seller, coming to be noticed as far afield as China; his Faust was even more influential, inspiring imitators and emulators in literature, music, and art; and a host of novelists adopted Goethean patterns, notably that of the Bildungsroman, including Dickens, George Eliot and Meredith. However, despite the international prevalence of the Goethean literary archetypes - also used by writers such as Stendhal and Flaubert - , there has been no attempt to examine the impact of Goethe on Henry James. This may be because James's view of Germany is perceived as having been overwhelmingly negative; or because the scant analyses so far undertaken have - with one exception - been in terms of "influence", which privileges the former party in any relationship, rather than "reception", in which the emphasis falls on the creative use made of a writer's work by later readers and writers.
An approach to the relation between Goethe and Henry James in terms of reception theory reveals a much more dynamic, subtle and fluid interrelation between the two writers, in which James critically interprets and continues Goethe's writing: James admired Goethe and studied him from an early age, and adopted Goethean themes, structures and motifs in many of his works, taking forward Goethe's idea of Weltliteratur in what James calls "a vast intellectual fusion and synthesis of the various national tendencies of the world".
My presentation will touch on the following topics: the idea of Weltliteratur; Henry James's attitude to Germany; his view of Goethe; his use of Goethe's ideas and motifs; and his fusion of several international sources to create his own form of world literature.

A night at the troubadour