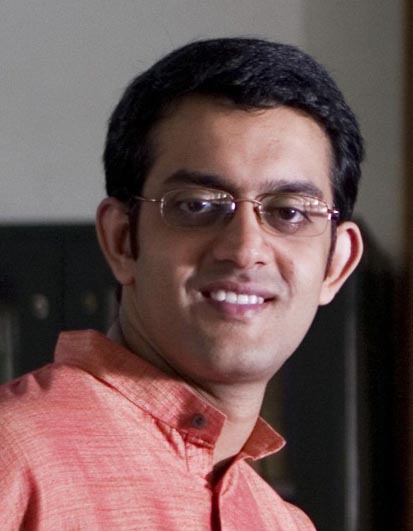 Born in 1979 in Bangalore
Studied Engineering in Electronics and Mathematics at Birla Institute of Technology and Science, Pilani and Finance at S. P. Jain Institute of Management and Research, Mumbai

The Gramophone Company came to India in 1902 intending to create a repertoire of recorded Indian music. It was followed by a series of other rival companies who vied for the Indian market. This advent of technology brought about drastic changes in the lives of musicians, especially the courtesans in North and South India, and released them from the exploitative clutches of their rich patrons. It also democratized music and introduced it to a larger realm of listeners, including the less privileged sections of society. It changed the way different genres within Indian classical music were viewed, presented, evaluated, and prioritized. In these early days of struggle for the recording companies, several records on wax carriers were made. The shellac masters were usually shipped back to Hanover in Germany for pressing and manufacture. The single most important collection of early recordings from India, especially the wax cylinders, is at the Berlin Phonogram Archive.
This project seeks to explore the history of the early recordings of Indian music in the first decades of the 20th century and to shed some light on the many men and women artists who came forward to adapt this new technology and changed forever the way Indian music would be understood and enjoyed.

Recording technology came to India in the early decades of the 20th century starting with the first 'expedition' of the London-based Gramophone Company in 1902. Over the next decade or two, this technology catalyzed rapid transformations in the manner in which Indian classical music was understood, appreciated, presented and disseminated. It also brought about far-reaching changes in the lives of musicians, especially the courtesans of both North and South India, who had hitherto been the repositories of the art in the performing space.
This talk seeks to cover these very tumultuous decades in the annals of Indian music history. Beginning with a brief overview of the hoary past of this art form, it will extend to the early decade of the 20th century when Frederick William Gaisberg, the German agent of the Gramophone Company, reached the shores of Calcutta looking for 'native' voices. I will be analyzing the socio-cultural changes that were brought about therein and the transformations in the lives of the musicians, especially the women performers. The focus will also be on the manner in which different recording companies from Europe approached these new lands and viewed the music there less as an art form and more as a commercially viable proposition for the consolidation of their fortunes.
There will be an audio-visual presentation, with audio clips of these earliest recordings of Indian classical music being played and interspersed with video clips and photographs.

"My name is Gauhar Jaan!" : the life and times of a musician