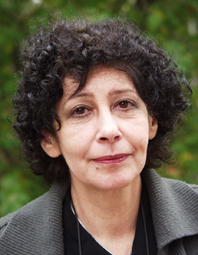 Professor of History and Theory of Art

Born in 1947 in Bucharest, Romania
Studied History and Theory of Art at the National University of Art, Bucharest

Over the last decades, the question of historiographic models in art history has been addressed time and again by authors who felt dissatisfied with the predominant models in circulation, and in particular with the pervasive presence of a teleological model, as exemplified in modern times in the writings of Clement Greenberg for example. Obviously, a reflection on (and a rethinking of) Régimes d'historicité is not exclusive to art history; but this is the discipline that engages my interest. The questioning of inherited historiographic models, and the attempts to provide alternative or more encompassing ones (I am thinking, for instance, of Georges Didi-Huberman's "anachronistic epistemology", finding its inspiration in Aby Warburg or Walter Benjamin; of Mieke Bal's "preposterous" history; or of Piotr Piotrovski's "horizontal histories", to name a few of the most thought-provoking examples) have, without a doubt, a wider resonance across the discipline; my interest in it stems also from the particular experience of someone coming from the "East". How can one make room beyond a local, parochial history of art for the peculiar trajectories of artistic development in a country like Romania during the 20th century? In what ways might the "grand narrative" of modern and contemporary art be reshaped to include such trajectories? Questions of this kind are being asked with increased insistence - and answered variously - both by Eastern European and Western scholars. I would like to take advantage of my brief stay in Berlin to continue and hopefully deepen my reflection on them.

-. "The History of Art Shaping Art?" In Memory and Oblivion: Proceedings of the XXIXth International Congress of the History of Art held in Amsterdam, 1-7 September 1995, edited by Reinink Wessel and Jeroen Stumpel. Dordrecht: Kluwer Academic Publishers, 1999.