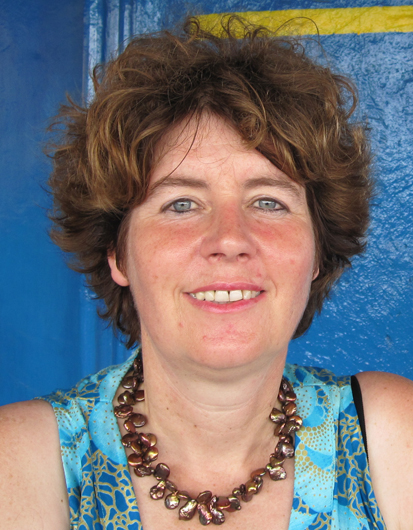 Professor of Social and Cultural Anthropology

Religion and Materiality. How Things, Bodies and Media Matter in African Christianity

Ever since I began working on religion in Ghana (formerly German Togo and the British Gold Coast), I have been struck by the tension existing between modern, Western understandings of religion in terms of an inner belief (as propounded by missionaries and colonial officials as well as - on a more theoretical level - scholars of religion) and the way that what we circumscribe as "religion in Africa" actually takes shape in real social and cultural settings. There exists a remarkable tension between the focus on inner belief and a so-called "worldly" or materialistic orientation. Reflecting on this tension, in my work I have sought to not only critique the imposition of Western concepts on "religion in Africa" but to tease out how we can best conceptualize African attitudes and practical approaches in a manner that yields a more adequate understanding of religion and which is self-critical when it comes to the terms it employs. The tension between inner belief and a worldly materialistic attitude, I propose, reflects a broader conceptual problem: the complex relation between religion and materiality. At the Wissenschaftskolleg I plan to work on a book that is both historically and ethnographically grounded and which addresses important questions about our conceptualization of modern religion via a focus on the tensions that exist around things, bodies and media. It is my conviction that in order to fully understand the role and appeal of religion in our time, we need to develop a more global understanding of it - an understanding capable of indicating the pitfalls and contradictions in our view of religion in the West - and it is for this reason that a focus on religious encounters in Africa is also of utmost theoretical relevance to a variety of wider ranging scholarly debates.

Meyer, Birgit. "'There is a Spirit in that Image'. Mass Produced Jesus Pictures and Protestant Pentecostal Animation in Ghana." Comparative Studies in Society and History 52, 1 (2010): 100-130.
-. "Powerful Pictures: Popular Protestant Aesthetics in Southern Ghana." Journal of the American Academy of Religion 76, 1 (2008): 82-110.
-. Translating the Devil: Religion and Modernity Among the Ewe in Ghana. Edinburgh: Edinburgh University Press for the International African Institute, 1999 and Trenton, NJ: Africa World Press, 1999.

Religion, Media, and the "Spiritual": Popular Videos and Pentecostal Vision in Ghana

Within a span of less than twenty years, Ghanaian (and Nigerian) video-movies have become a central feature of entertainment in Ghana and in fact throughout Africa. Launched by enterprising cultural entrepreneurs with no formal training in filmmaking, the video industry has from the outset has been close to the concerns and imagination of ordinary people upon whose consent its financial success and sustainability depends. Since these movies both reflect and stir a dynamic popular social imaginary in urban areas, they are fascinating resources for anthropological research.

Having studied this video-film industry over a period of fifteen years, here at the Wissenschaftskolleg I am working on a book on the production, circulation and consumption of these movies. My presentation is based on a chapter titled "Film as Revelation," which takes as a starting point the entanglement of video and Pentecostal Christianity. Not only have many cinemas been taken over by Pentecostal churches, which have become a salient public presence in Ghana in recent years, video-filmmakers also make frequent references to Christianity and adopt Pentecostal-looking acts. I will present a number of clips that suggest a framing of movies as a revelation through which the operation of what happens in the "spiritual realm" is exposed, and I will propose that the camera itself is made to operate as an all-seeing "eye of God." The central point is to argue that the use of audio-visual technologies is embedded in a Christian imaginary, thereby bringing about what I call a "techno-religious realism" through which film images are vested with an aura of truth.

My approach to these movies is grounded in a conceptual framework that understands media as intrinsic to religion. From this perspective, religion is a practice of mediation that necessarily requires tangible material forms, such as images, things and bodies that are authorized as suitable intermediaries. These material forms, I argue, need to be at the center of the study of religion, rather than being overlooked in favor of content and meaning. I will end my presentation with a brief reflection on how my research relates to three broader issues: 1) the role of pictures in the imagination of community, 2) religion and the question of materiality, and 3) the contribution of anthropology to the study of visual culture in a global setting.

Mediation and the Genesis of presence : towards a material approach to religion

"There is a spirit in that image" : mass-producted Jesus pictures and Protestant-Pentecostal animation in Ghana

Mediation and immediacy : sensational forms, semiotic ideologies and the question of the medium

Tradition and colour at its best': 'tradition' and 'heritage' in Ghanaian video-movies

"There is a spirit in that image" : mass-produced Jesus pictures and Protestant-Pentecostal animation in Ghana