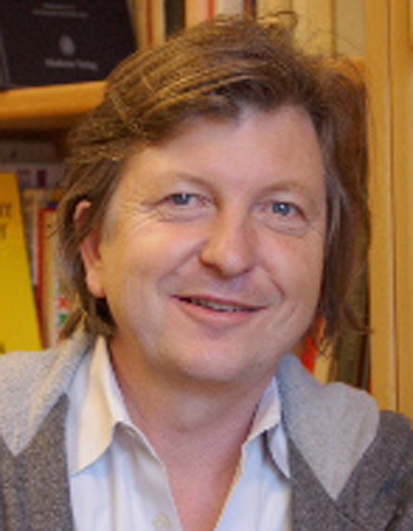 Professor of German and Comparative Literature

In my current book project, Topographies of Possibility, I focus on a specific concept of "possibility" that emerges in late medieval religious philosophy (Meister Eckhart, Nikolaus Cusanus) and on the afterlife of this very concept in modern thought and literature. This afterlife includes correlations between so-called mystical traditions, poetics, and experiment in Baroque culture, the invention of modern aesthetics in Baumgarten's Aesthetica, the understanding of sensation and cognition in Novalis, and discussions about "possibility" in works by Georg Lukács, Robert Musil, and Michel Foucault.
The larger context of this research is my interest in the ways both medieval religious practices and mystical tropes informed early modern and modern forms of thought and writing. In Topographies of Possibility I will concentrate on one of those tropes, namely a specific idea of "possibility". It is a notion of possibility that is different from the Aristotelian concept of "potentiality" (which is always oriented toward a specific actualization), modern ideas of "utopia" (which tend to be presented in terms of utopian design), and messianic expectations. Instead, the notion of possibility that I am analyzing points toward horizons of emergence where the "real" and the "possible" intersect. This can be illustrated most prominently with Robert Musil's reflections on possibility in his Man Without Qualities. Early on in this novel he writes: "To pass freely through open doors, it is necessary to respect the fact that they have solid frames. This principle, by which the old professor [i.e., the father of Ulrich, the man without qualities] had always lived, is simply a requisite of the sense of reality. But if there is a sense of reality, and no one will doubt that it has its justification for existing, then there must also be something we call a sense of possibility." With his notion of a "sense of possibility" Musil not only introduces one of the leitmotifs of his novel. At the same time, he engages in a conversation with Meister Eckhart, whom he quotes extensively, and with contemporary discussions about utopia and possibility, as can be found in the writings of Georg Lukács and Belá Balázs. In my book I will trace these discussions and reconstruct the history of a notion of possibility that has been overshadowed by other concepts in modernity.

A "Sense of Possibility": Robert Musil, Medieval Theories of the Soul, and the Invention of Aesthetic Experience

In his novel "The Man Without Qualities" the early twentieth-century writer Robert Musil introduces his idea of a modern "sense of possibility" in quite intriguing ways, connecting it with elements he quotes from medieval, "mystical" discourses about the soul. He does so in a historical context where other intellectuals, among them the philosopher Georg Lukács and the film theorist Béla Balázs are interested similarly in concepts of possibility that they retrieve from premodern texts. In my talk I will discuss Musil's idea of a "sense of possibility," his references to medieval theories of the soul, and the historical significance of these theories for a concept of possibility that is neither teleological or oriented toward a concrete utopian state, nor toward a redemptive or messianic future. Instead, the theories of the soul he refers to support an understanding of possibility in terms of experimentation and rhetorical play. I will try to reconstruct the most important aspects of the concepts of the human soul that lie behind this, the notions of experiment and experience that go with these ideas about the soul, and their importance for the emergence of the concept of aesthetic experience in the eighteenth-century authors Baumgarten and Herder. Thus, I hope to show that for Musil-as for Baumgarten and Herder-the attraction of the so-called mystical traditions did not lie in their esoteric character but rather in the fact that they provide us with with models of thought that allow for the elaboration of specific and often experimental configurations of sensation, affect, and cognition.

The plasticity of the soul : mystical darkness, touch, and aesthetic experience

Mysticism, modernity, and the invention of aesthetic experience

A "sense of possibility" : Robert Musil, Meister Eckart, and the "culture of film"

Praying by numbers : an essay on medieval aesthetics

In praise of the whip : a cultural history of arousal Lob der Peitsche