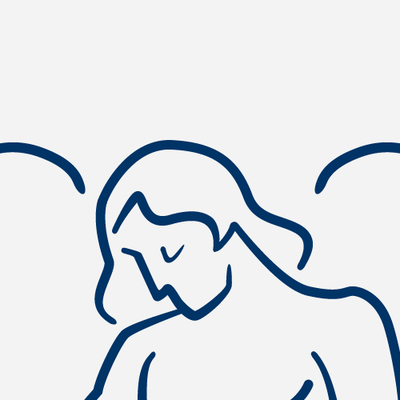 Medical Practice and Practitioners in Global, African, and Congolese Histories

Since the 1970s, historians of Africa have been producing heterodox histories of medicine and health. But few, it seems, have noticed. Africa remains a neglected continent in global and comparative medical histories. Most medical history remains narrow, rarely questioning social reproduction, moral imagination, and vocabularies of healing, issues that are basic to historians of Africa. My challenge is to write a compact book for a wide audience for Oxford University Press that works to alter this paradox. Health and Medicine: A World History will ask about the kinds of persons who have produced health and alleviated illness and their powers, networks, and expertise. Social health and medical cultures will be highlighted, as will lay care and women's medicine, specialized and everyday knowledge, and the spaces of illness, healing, and care. Health and Medicine will not be one more historical walking tour through the world's medical "traditions". It will ask questions about power, knowledge, inequalities, and suffering; regional, cross-continental, and colonial interactions; borrowing, displacements, and mixtures; perception, diagnosis, and care; and diverse kinds of healing (public, intimate, sacred, sanitized, confessional, and the like). The chapters will mix scales, moving between the macroscopic (such as the Atlantic, the Silk Road, the Mediterranean) and a diminutive, textured level of microscopic sites (a hearth, an altar, a clinic or worksite, a marketplace, a ship in motion, a cancer ward, or clinical trial). The idea is to use juxtapositions in scale to clinch complexity, while also conveying latitude, density, contingency, and an eclectic array of points of view. As the first global history of medicine to privilege social health and care, rather than pathogens and disease, the intellectual challenges are many. I look forward to debating these in Berlin.
I also plan to steal some time to rework a history of a Belgian colonial flâneur who went out to the Congo in 1913 after a shotgun marriage to a Russian immigrant woman; they had read Heine's Travel Pictures together. This keen ambler from a French-speaking, Flemish bourgeois family was a pharmacist by training. He crossed many a threshold, strolling and expatiating as he went. In Congo, he diagnosed sleeping sickness, assembled botanical specimens of medicinal plants, spoke against the contraceptive effects of intimate hygiene practices, organized a pro-fertility campaign, and indigenized it as a prophetic healing movement. My study of this planter and unofficial medical worker will be situated within a few frames: complex ties within the knotted dimensions of a colonial situation (such as the scientific, religious, sexual, linguistic, medical, semiotic, and psychic); the beleaguered, anomalous, and humid Equateur region, where reproductive maladies were rife and interracial sexuality lasted into the 1990s; and the stakes involved in gripping onto one anomalous, quirky colonial person as the footing for history.

Ewewe, or A Nervous State

Ewewe, ki
Ewewe, ki
We show out Ewewe
Ewewe, we escort you away
Ki, ki, ki
Give us food,
Give us fish

My new work is about the moods, technologies, and faces of a colonial state, in the face of Congolese forest populations fretful about fertility, with memories of dreadful rubber wars and devastation in their beings, who long used dance, song, landscape, and medicines to purge the toxic and mend their bodies and worlds.

The Belgian colonial state was born from nervousness; and Congo became a nervous state. My work seeks a new take on the imperial violence of Congo's early years (made unnerving forevermore in Conrad's ironic novel). To think about its duration and remains, its effects on bodies, consciousness, and memory, I have found that I must speak of two faces or aspects of the colonial state. The biopolitical and nervous states became parallel agencies that sharpened technologies. The first focused on security, crime, and fearful public healing movements, the second on medicine, demography, and public health (especially STDs and sterility). While akin to bureaucracies, persons composed these states which often became like moods--one more guilty and humanitarian, the other nervous, energized by dread. Prominent are Equateur Congolese of all kinds-trappers, hunters, fisherwomen, chiefs, clerks, dancers, taxpayers, porters, nurses, cannabis growers, copal gatherers, catechists, mothers, healers, chauffeurs, and strolling music producers. These subaltern and middling subjects made use of therapeutic charms and performances of all kinds, as they sought decent lives, gaiety, bounty, fame, and revenge in this world.
Much of my practice is about using bits and layers of time, story, image, and memory to disorder and snarl a universal calendar of progressive time. Whether I access history through a visual or acoustic register also matters much. A Nervous State: Violence, Remedies, and Reverie in Colonial Congo also draws on a daydreaming register from time to time. I often work by clutching some felicitous bit and seeking to suture it in. (The surgical metaphor assists me; seamlike joints and stitches enable scars.) For this book, my archive is bursting with legends, fairytales, and song. I will share a few stories about a therapeutic drama known as Ewewe, performed from at least the 1890s through the 1950s among the Wangata, Elinga, and other Nkundu groups of Equateur. A Flemish missionary once called Ewewe an epidemic removal procession. A patterned dance whose music sometimes became the whistles and pounding footsteps of porter men alone, Ewewe worked by producing fear and joy, wonder and reverie, while removing rotting waste and a cadaverous body.

An acoustic register, tenacious images, and Congolese scenes of rape and repetition

Rewriting the soul in a Flemish Congo

Between fiction and history : modes of writing abortion in Africa

Tintin and the interruptions of Congolese comics