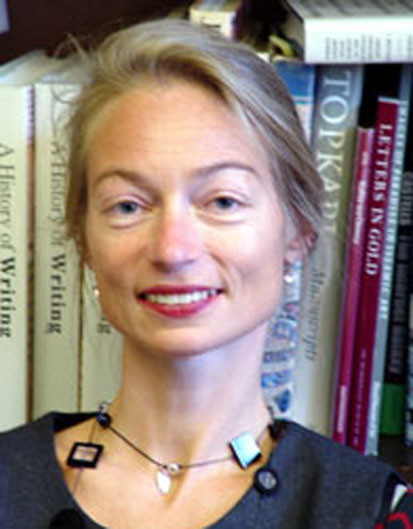 The Islamic Age of Communication

The rise of book culture in the Near East of the ninth century AD, spurred by the introduction of paper and the growth of Arabic into a cosmopolitan lingua franca, occasioned a fundamental shift in the dissemination of knowledge, methods of teaching and publishing, and literary life in general, which had heretofore relied mainly on oral ways. The project will draw from the copious preserved written sources (akhbâr) the contemporary perceptions of the changing ways in which poets, writers, critics, and audiences availed themselves of the new media (paper slips, notebooks, and codices in either unredacted or redacted form) and how communication and the uses of text by the different social and professional classes diversified as a result. Both the court and new venture publishers became factors in book production, which authors had to deal with. Conversely, books were not necessarily intended to spread information, but could equally well control it and safeguard its selective use. Further phenomena were the bimodality of the spoken and written word, used in many complementary ways, and the new professional status of authors and copyists, affording them independence from patronage.

The emerging Arabic-Islamic book culture of the third/ninth century affected - among many other disciplines of knowledge - even the most oral of Arabic arts: poetry. Poets improvised more often with the aid of writing, poems were exchanged by letter or on inscribed objects, and writing itself, its tools, techniques, and expertise figured more prominently within the repertoire of poetic motifs. These trends were supported by the introduction, at the end of the second/eighth century, of a cheap and abundant writing material, namely paper, as well as by the growth of secretarial handbooks and poetic manuals, which placed the know-how of written composition at the disposal of a growing public, largely constituted by the urban elite. All this gave poetry not only a different mediality, but also affected its range of genres. With that came a sea change among those groups who produced, used, and transmitted poetry. The question is not so much the newness of the written format, as other supports of writing (papyrus and parchment) had existed, and the paper codex, notebook and letter were adopted almost immediately after their introduction to Iraq, as their ubiquitous mention in contemporary sources proves. Of interest is rather the (re)distribution of speaking vs. writing or consulting books vs. memory in the various old and new communicative situations. Related questions regard the communicative applications of the modes served (short term or long term storage, wide dissemination, or a small limited audience); the way in which this altered the text types of poetry, prose, and prosimetron, and last, the society's attitudes to the old and new media. As (recently translated) scholarship by Gregor Schoeler has shown for the Arabic case, we are dealing not with a unidirectional shift from the oral to the written, but a coexistence of, and alternation among, several options (not unlike the choices offered by today's Internet). I will sketch a preliminary survey of media usage as preserved in 'accounts' (akhbar) of the literary life from the late eighth and ninth centuries.

A sample of such accounts will be available in my folder on the Wiko public server under the title "Communicative Choices."

The rise of the Arabic book

The Arabic anonymous in a world classic (acronym: AnonymClassic) : presentation of a research project

The mosquito : an eloquent defence of Linnaeus

Philological vignettes from (near) East to West

Classical Arabic humanities in their own terms : Festschrift for Wolfhart Heinrichs on his 65th birthday

The development of the Arabic scripts : from the Nabatean era to the first Islamic century according to dated texts Harvard Semitic studies ; 43