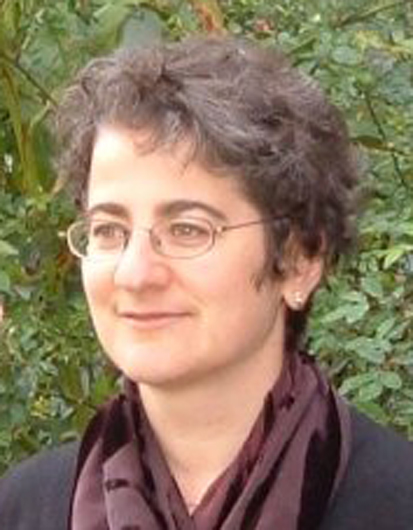 I am proposing a new philosophical view of the relation between rules, specifically rules for the use of language, and normativity. It is usually thought that "oughts" depend on rules: for example, if you ought to use a word in a certain context, that can only be in virtue of the fact that there is a rule determining that that is how the word ought to be used. But in the view I am developing, the relation between "oughts" and rules is the other way around. Our uses of words can coherently be thought of as appropriate prior to the assumption of rules that govern them, and this "primitive normativity" makes rules and meanings possible.
The project draws on my earlier work on Kant's account of aesthetic and biological judgment in his 1790 Critique of Judgment. I argued in that work that the possibility of aesthetic judgment, for Kant, reveals a kind of normativity that does not depend on rules or criteria and that is a condition of our being able to make objective empirical claims about the world. This kind of normativity also manifests itself, for Kant, in our biological judgments, for example when we describe the parts of organisms as working properly or as malfunctioning. In the present project, I develop the notion of primitive normativity in its own right and in the context of contemporary philosophical questions about meaning and rules. Specifically, I aim to show how it offers a solution to the skeptical puzzle about meaning and rule-following that is hinted at in Wittgenstein's Philosophical Investigations (1953) and made explicit in Saul Kripke's influential Wittgenstein on Rules and Private Language (1982). I aim also to explore the relation of primitive normativity to the topic of normativity in ethical and other practical contexts.

Ginsborg, Hannah. "Empirical Concepts and the Content of Experience." European Journal of Philosophy 14, 3 (2006): 349-372.
-. "Thinking the Particular as Contained Under the Universal." In Aesthetics and Cognition in Kant's Critical Philosophy, edited by Rebecca Kukla, 35-60. Cambridge: Cambridge University Press, 2006.
-. "Primitive Normativity and Skepticism About Rules." The Journal of Philosophy, forthcoming.

My research focuses on a philosophical problem which is central to recent Anglo-American philosophy of language and mind, the problem of skepticism about meaning and rules. The problem is suggested in Wittgenstein's Philosophical Investigations (1953) and given an especially sharp formulation in Saul Kripke's Wittgenstein on Rules and Private Language (1982). To grasp the meaning of a word or other expression is to know how to use it in an infinite number of situations. But when we learn the meaning of a word, we have only a finite number of examples to go on. Reflection on these two points leads to a skeptical worry about the very possibility of linguistic meaning. Our actual finite use of any linguistic expression is compatible with an infinite number of possible meanings it might have. What reason do we have to think that we are using it with any one, rather than any other, of these possible meanings? If we cannot answer that question, then the whole idea of linguistic meaning is called into question.

In my talk I will give a sketch of this problem and then present a line of thought I am developing as part of my attempt to address it. My solution to the problem relies on a notion I call primitive normativity, or normativity without rules. If the notion of primitive normativity is intelligible, then we can make sense of the use of a word being appropriate, or words being used as they ought to be used, without relying on the assumption that our words have determinate meanings. This in turn allows us to solve the problem of how meanings can be learned on the basis of a finite number of examples. But the notion of primitive normativity runs counter to a view, almost universal among philosophers, that normativity depends on rules or principles: that it makes no sense to suppose that a word ought to be used in this or that way, or that we ought to respond in this or that way to a situation, except on the assumption that there are rules determining how the word ought to be used or what response is appropriate. So part of what I need to do, if my approach to the problem about meaning is to be effective, is to defend the idea of primitive normativity against this entrenched assumption.

I will suggest in my talk that the notion of primitive normativity can be made plausible by looking at the nature of aesthetic judgment. When we judge that something is beautiful, or that it "works" aesthetically, we are implicitly making normative claims: that our judgment is appropriate, that others ought to agree with us, and sometimes that the object we are judging is as it ought to be, or that its maker has "got it right." I shall try to show, through looking at some examples of aesthetic judgments, that these normative claims do not depend on rules or criteria. If that is right, then the case of aesthetic judgment and aesthetic experience can be invoked as part of an answer to skepticism about meaning and rules.

Thinking the particular as contained under the universal