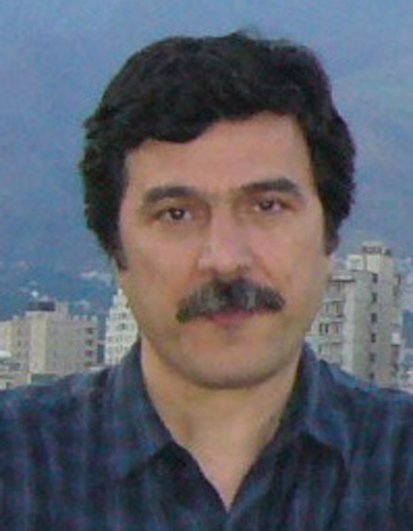 Associate Professor of History and Sociology

Born in 1960 in Tehran
Studied Sociology at the University of California, Santa Cruz

From Tickets to Paradise to Coupons for Social Security: the Conception of Trauma Among the Iranian Veterans of the Iran-Iraq War, 1980-1988

In European and American war literature, trauma is often understood as a psychopathology, Post-Traumatic Stress Disorder (PTSD). However, during the past two decades a number of social and historical studies have called into question this universalist approach by highlighting the social and cultural contingencies of trauma. Rather than placing the accent on the type of event that is considered inherently traumatic, these new studies examine how people endure and remember violence and whether the experience of suffering inevitably leads to post-traumatic disorder. This approach shifts the focus from individual pathology and examines trauma as a culturally specific, politically instrumental, socially constructed, and historically contested phenomenon.
Although the eight-year war became the most significant spur and justification for the consolidation of state power for the revolutionary regime in Iran, its long-term consequences continue to inform the local, national, and regional politics of the Islamic Republic. Whereas previous studies addressed the political and military history of the war, my research examines the Iran-Iraq war from the point of view of the veterans who continue to struggle with its aftermath. Rather than emphasizing the ideological, institutional, and political foundations of the war, I examine the veterans' construction of their own experiences and the means through which these experiences have been expressed, maintained, and transformed into social and individual coping strategies.
I am planning to develop a theory of trauma simultaneously informed by individual testimonies and family-community relations, as well as sociological, psychological, and medical interpretations, as well as legislative acts. Not only will this work contribute to a more refined understanding of the constitutive significance of violence in shaping post-war Iranian society, it will also advance our recognition of the contingencies and the deep specificities of trauma.

Harmonious Voices and Dissonant Undertones: The Islamization of Iran and Its Contradictions

A commonplace view identifies the Islamic Republic of Iran as a theocracy, a regime that exercises its authority based on and with reference to divine sources. The proponents of this view regard the Islamic Republic as an ideological state impervious to the realities of Iranian society and global politics. They argue that since its inception in 1979, the Iranian regime has implemented a project of Islamization in order to create a new homo Islamicus, a new Man whose mode of life is consistent with and inspired by Islam. In this presentation, I would like to argue that the Islamization project was harmonious neither in its inception nor in its reception. It did not bifurcate the state and civil society into two mutually exclusive entities, where the state compelled the society to submit to its agenda and the civil society resisted it. Rather, I argue, the Islamization of Iran has generated a condition of the coexistence of contradictions which had transformative effects not only on the agents of Islamization and their subjects, but also on the interpretations of Islamic texts. My argument is that in all spheres of social life in Iran, cultural practices, artistic production, political and legal institutions, the Iranian revolution has kindled a remarkable transformation. One needs to comprehend these transformations not in terms of acceptance or rejection but rather in a frame of appropriation and re-articulation.

I have chosen four examples of how a seemingly harmonious Islamic/traditional milieu has given rise to discordant and competing expressions. In the first example I will discuss a classical piece for voice and orchestra by the Iranian composer Nader Mashayekhi called fié ma fié. The second example deals with the architectural style of Mir Hossein Mousavi, the former Prime Minister of the Islamic Republic and a Presidential candidate in 2009. The central piece of my presentation is the debate over the new abortion law in Iran from 2008 to 2010. I will illustrate how legislative debates have encouraged hermeneutical debates over religious texts and Islamic canon law. I will use this case study to show how religious edicts and public policy inform one another through a mutually constitutive relation. In other words, neither is public policy a simple manifestation of a religious decree, nor is a religious edict divorced from the contemporary political and social mandates. In the last part of the presentation, I will discuss the general questions of how, contrary to its framers' intentions, the Islamization of Iran had led to a democratization of religious knowledge and the emergence of an idiosyncratic modernity in Iran.

Remembering Akbar : inside the Iranian revolution

Foucault in Iran : Islamic Revolution after the Enlightenment Muslim international

The theory of survival : an interview with Taraneh Hemani