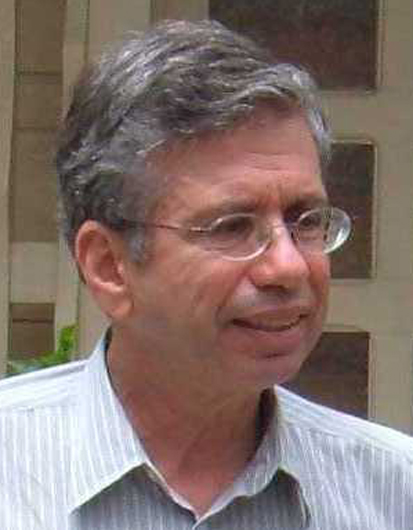 Medicine in Africa: the Efficacy of Popular Action

The proposed research project assesses the role, in the medical systems of eastern, central, and southern Africa, played by networks of ordinary people who provide care, money, and other resources for sick people. The argument of the book, which is partially completed, is that these networks of lay people hold authority over the process of treatment, even for patients in hospital and for patients being treated by traditional healers. Lay people also constitute an informal, and crucially important, system of health insurance, to a much greater extent than in industrial countries. The study shows that biomedical health care is structured in fundamental but largely invisible ways by this system of support. The book examines both current practices and their historical roots.

Feierman, Steven. "Explanation and Uncertainty in the Medical World of Ghaambo." Bulletin of the History of Medicine, Summer 2000.
-. Peasant Intellectuals: Anthropology and History in Tanzania. Madison: University of Wisconsin Press, 1990.
-. "When Physicians Meet: Local Medical Knowledge and Global Public Goods." In Ethics and the Ethnography of Medical Research in Africa, edited by Paul Wenzel Geissler and Sassy Molyneux (forthcoming).

Medical care combines disparate elements: intimate and practical ones, like comforting a suffering patient and feeding her, along with technical ones (reading an x-ray, calculating a dosage). In eastern, central, and southern Africa the hybrid is constructed differently than in the U.S. or western Europe. Over the past century, and still today, the responsible public institutions have not provided even minimal services for health or social support. Ordinary people are responsible for a range of functions that would, in other countries, be part of the formal system. The patient's supporters provide transport to the hospital and, once there, food, money, and nursing care. At home, care networks are responsible for the mentally ill, the terminally ill, and orphans. The people who bear the burdens of care also make crucial decisions. What is the name of the disease? Will the patient go to a dispensary, or a traditional healer, or stay at home? Will the patient leave the hospital before being dismissed?

These care institutions must be large and robust enough to share heavy burdens, and yet flexible enough to operate without a formal structure. Much thoughtful strategy goes into building them. Care networks are heirs to a long history. Some practices in use today originated in micro-political units that disappeared shortly after European conquest. People often use therapeutic language, grounded in traditional healing, in which medicines can only be powerful when situated in an appropriate field of human relations. This relational or social efficacy, difficult to interpret in reductionist terms, makes sense in a world where you are less likely to survive if you do not have support. Meanwhile, decisions made in care networks have a powerful impact on the efficacy of formal medicine. They shape the biomedical definitions of disease used in hospital practice, are important for understanding drug resistance, and reveal principles underlying informed consent among research subjects.

The networks of support are systemically important institutions across the region, and yet they are invisible to the makers of public policy. International authorities ask about the burden of disease; network members focus on the burden of care. Planning on a global scale, often done in good faith and for good reasons, casts hundreds of millions of local actors in the role of mute bystanders. Some policies undermine care networks, leaving people vulnerable. To understand why this regional institution is invisible, we need to examine the uses of social scientific knowledge about Africa. High level planners see ethnographic evidence as local and anecdotal. They rely on either global assessments that erase all local specificities, or flawed demographic studies that cannot capture the processes by which networks operate. I am completing a book on eastern, central, and southern Africa that does several things. It is a historical essay on the weakness of medical authority, an extended reflection on the idea of medical efficacy, and an account of care institutions across time and space.

Explanation and uncertainty in the medical world of Ghaambo