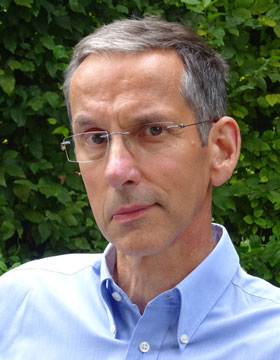 Professor of Zoology and Evolutionary Biology

The Evolution of Disease Transmission

We estimate that more than fifty percent of all species on earth have a parasitic lifestyle. So it is hardly surprising to find that most natural populations of plants and animals suffer from various diseases that are caused by infective agents like parasites and pathogens (in the following just called "parasites"). Parasites harm their hosts and as a result both hosts and parasites coexist in permanent conflict. Therefore, hosts evolve to minimize the damage caused by the parasites, for example by evolving resistance, whereas parasites evolve to optimize the exploitation of their hosts. A consequence of this antagonism is a potentially endless arms race. Theoretical models predict that such arms races lead to very rapid evolutionary changes and to a high specificity in the interaction between hosts and parasites, i.e. parasites specialize in certain host types. This specificity is driven by the reciprocal selection of the antagonists while at the same time itself driving the co-evolutionary process; it is an endless struggle for existence. Today we still know relatively little about the mechanisms of co-evolution. However, we are becoming increasingly aware that co-evolutionary processes play an important role not only in natural populations but also in human health (medicine, global health) and in the health of our domesticated plants and animals (veterinary medicine, agriculture). Antibiotic-resistance, HIV, SARS and bird-flue are just a few of the catchwords highlighting this.

My research group at the University of Basel has worked for fifteen years on the topic of co-evolution. In my presentation I will highlight some of the studies we conducted to learn more about the details of host-parasite co-evolution. I show that host-parasite interactions indeed evolved high degrees of specificity and that populations evolve very rapidly. I will further stress the role of sexual reproduction in the co-evolution between hosts and parasites and I will support the hypothesis that sex evolved as a tool to accelerate evolution.

Before discussing co-evolution, I will give a general introduction into the logic of adaptive evolution. From there I will move into the more complex picture which modern evolutionary biology paints with regard to the permanent co-evolutionary struggle for life.