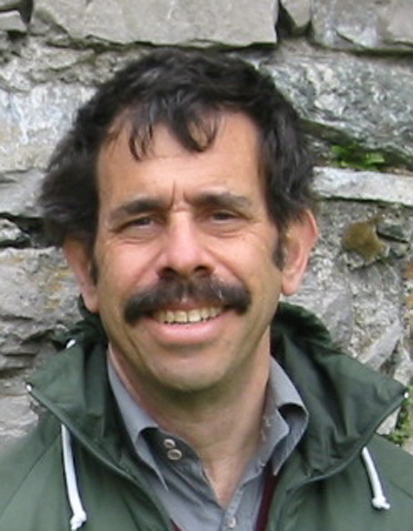 Citizenship Between Empire and Nation: France and French Africa, 1945-1960

I am writing a book on "imperial citizenship" from 1946, when all "subjects" in the French empire became citizens, until the independence of French Africa in 1960. When a few African politicians were allowed to participate in the writing of a new French Constitution after World War II, they refused to accept a document that did not acknowledge their rights as French citizens. To them, citizenship was a claim-making construct, not simply a juridical status, and in the years after 1946 they tried to add substance to French citizenship - social and economic equality as well as equitable political institutions. The question for French leaders was how to reconcile their desire to deepen Africans' sense of incorporation into a French polity, the aspirations of new citizens to full equality, and the government's desire to maintain a significant measure of control over the various components of the French Union, as the empire was renamed. I explore the tension among African political actors between assertions of difference and assertions of equality, and I examine the different but overlapping notions that leaders in both European and African France had of the possibilities of turning empire into federation, in which sovereignty would be shared and in which Africans' claims to nationhood would be reconciled with claims to the rights and resources of the French Union as a whole. Exclusionary concepts of nationality and citizenship that are so evident in France today were not a direct carry-over of colonial patterns, but a reversal of the pattern of 1945 to 1960. Both French and African political elites had to make themselves national and in so doing effaced the history that is the subject of this project.

In 1946, France renounced the use of forced labor in its colonies, abolished the hated separate judicial system for indigenous subjects, and then eliminated altogether the demeaning distinction between a French citizen and a French subject, a category that had included most Africans. All inhabitants of the colonies acquired the "quality" of the French citizen, and they had a right which citizens of the metropole did not: to have their civil affairs-marriage, inheritance-regulated under Islamic or "customary" law, not the French civil code. Empires have always conjugated inclusion and differentiation; the post-war empire was claiming that its peoples would be different but equal. How deep were these changes within the conceptual field in which French colonial rule operated? How much opportunity did African political actors have to use the new politics of citizenship in their own ways, perhaps unintended by French political leaders?

I am writing a book on "imperial citizenship," a form of citizenship not linked to a nation-state. In 1945, political leaders in France and those in French West Africa both claimed that they wanted to end colonialism, but neither thought that the former colonies-renamed overseas territories-would or should become independent nation-states. Political action and conflict over the next 15 years revolved around competing versions of a state-renamed the French Union in 1946, the French Community in 1958--that would be either decentralized, federal, or confederal. The government exercised extreme violence to keep such an entity together-witness, for example, Vietnam 1946-1954, Madagascar 1947, Algeria 1954-62. But it also sought to make being French meaningful to the "citizens of 1946," while worrying that European French people would be overwhelmed by their more numerous compatriots overseas, whose degree of "evolution" was frequently questioned and whose dangerousness was often invoked. It confronted social and political movements in Africa-trade unions, veterans associations, students-that claimed not only political rights and voice in running their own territories, but equality of wages, education, and medical services-in short the standard of living enjoyed by the citizens of European France. Empire, citizenship, and the welfare state soon proved a costly combination.

African politicians, meanwhile, were trying to articulate both their claims to equality as citizens and the distinct "personality" of each territory. But where in Africa did the "nation" lie? Some identified with the "petite patrie"-Senegal, Dahomey, Côte d'Ivoire and other individual territories-and others, like Léopold Senghor, with an "African" nation that could stand alongside a "European" one. This argument remained unresolved as the government of Charles de Gaulle wondered whether the French Community included not just a common citizenship, but a single nationality-the French one-or multiple nationalities.

My presentation concludes with a discussion of how both European and African France ended up spawning independent nation-states in 1960, something no major political actor in European France or French West Africa had sought 15 years earlier. And it will point out that even as the French government decided that turning empire into a federation or confederation of equal citizens was too expensive and too difficult to sustain politically, it decided that it liked the idea of confederation for itself. Sovereign prerogatives would not be shared with the people who had long ago been forcefully incorporated into France, but with other Europeans. By the 1970s, France was striving to keep out the children of the people it had once tried to keep in.

Citizenship between empire and nation : remaking France and French Africa, 1945-1960

Writing the history of development

Empires in world history : power and the politics of difference