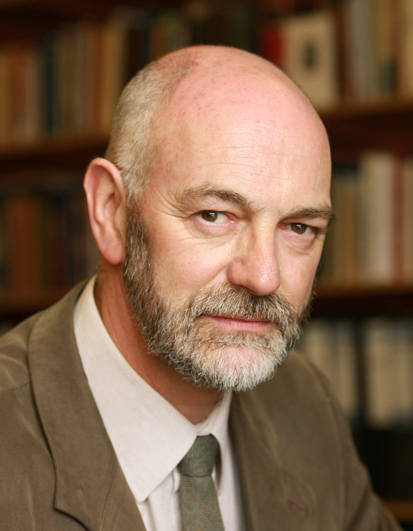 Hazards, Humans and History: Economy and the Environment in Britain and Ireland During the 13th, 14th and 15th Centuries

This project (whose principal output will be a book to be published by Cambridge University Press in 2012) has four main aims:
- to integrate environmental history into mainstream economic history;
- to evaluate the contribution of environmental factors, both physical and biological, to the far-reaching demographic and economic changes of the thirteenth, fourteenth and fifteenth centuries;
- to offer a fresh chronological account of a formative period based upon an array of quantifiable data, both environmental and economic, taking account of developments on both sides of the Irish Sea;
- thereby, to advance medieval history and economic history into new areas of enquiry.
Anthropocentric views of the past have long prevailed within economic history, whereby it is presumed that endogenous human agencies were more powerful than the exogenous forces of Nature. This project intends to redress this bias by taking as its basic premise the inherent instability and unpredictability of the environment - physical and biological - within which human society has evolved and of which the fourteenth century is a dramatic exemplar. Thus, it was freak weather conditions associated with the onset of a shift in global circulation patterns that precipitated the Great European Famine of 1315-17. More devastating than the weather was disease. Cattle plague spread west from central Europe when the abnormal weather was at its most extreme to decimate herds in 1319-20 in England and 1321 in Ireland. Major murrains of sheep followed with repercussions for the wool-dominated export trade. Finally, the Black Death of 1348-49 triggered the greatest single mortality crisis in recorded English and European history. Simultaneously, harvests failed once again.
This close juxtaposition of physical and biological hazards is as enigmatic as it is intriguing and assumes all the greater significance because it occurred at the climax of several centuries of economic expansion and population growth, which had culminated in the creation of the first world economy: together, commercial and demographic growth created ideal preconditions for the rapid pan-continental spread of the fatal pathogen, whether bacterium or virus. In effect, this was the collapse of a complex system comprising physical, biological and chemical as well as human components.

Panzootics, Pandemics and Climatic Anomalies in the Fourteenth Century

This paper focuses upon the interactions between climate, disease and humans during what Barbara Tuchman famously called 'the calamitous fourteenth century'. It is a century, of course, which owes much of its notoriety to the Black Death (recently confirmed by aDNA as a strain of Yersinia Pestis), which between 1347 and 1353 killed an estimated 30-45% of western Europe's population, thereby providing a yardstick of mortality against which all subsequent European public-health crises have been judged. The plague of humans had been preceded a generation earlier by an equally lethal pan-European plague of cattle - probably rinderpest - and, together, these constitute pivotal events within a watershed period when long-established processes of economic and demographic expansion and growth were first halted and then reversed.
Nevertheless, for most historians these biological shocks were little more than accidents waiting to happen since the unfolding human crisis had long been in the making. According to whether they are disciples of Malthus, Ricardo, Marx, or the New Institutional Economics, they debate whether this was because (i) population was simply outstripping available resources, (ii) productivity could not be raised because of deficient technology and inadequate investment, (iii) arbitrary and exploitative feudal lordship had entrapped a majority of the rural population in institutionalised un-freedom and structural poverty, or (iv) trade and commerce were impeded by the piracy and brigandage begotten by burgeoning intra- and inter-state conflict and the inability of Europe's immature states to institute and enforce the public measures necessary for continuing efficient operation and growth of markets.
Such anthropocentric diagnoses admit little role for environmental factors, notwithstanding that instability and change were by no means confined to the prevailing socio-economic order. As research by palaeoecologists, historical climatologists and other environmental historians has now clearly established, from c.1250 climatic conditions at both hemispherical and global scales became progressively less stable. Their evidence comes from analysis of tree rings, ice cores, speleothems, cores taken from lake and ocean-shelf sediments, and close scrutiny of the available documentary sources. It suggests that declining levels of solar irradiation brought an end to the stable conditions associated with the Medieval Climatic Anomaly and initiated the transition to the cooler and more variable conditions of the Little Ice Age.
The change was particularly marked in the Pacific Ocean, where there was an abrupt strengthening of the El Nino Southern Oscillation (ENSO), with profound consequences for temperatures and rainfall in North and South America, as well as in south-east Asia. A change in the character of the North Atlantic Oscillation (NAO) and the onset of much colder conditions over Greenland and Iceland appear to have followed. This transition from one climate regime to another seems to have been associated with a heightened frequency of extreme weather events. Intriguingly, the irruption of first cattle and then human plague coincided with two of the most marked of these short-term anomalies.
How are such coincidences to be interpreted? Were they merely fortuitous? Or did climate change destabilise ecosystems and unleash deadly pathogens upon new virgin-soil populations, doing so not once but twice within a generation? And to what extent were humans complicit in the dissemination of disease, through the progressive build up of population densities, associated erosion of nutritional levels and sanitary standards, elaboration of commercial networks, initiation of trans-continental trade between East and West, and increasing scale and frequency of warfare? In fact, would these environmental hazards have possessed such transformative power had human society been less calamity-sensitive? These are some of the substantive issues which my paper is intended to raise.

The great transition : climate, disease and society in the late-medieval world The 2013 Ellen McArthur lectures

Nature as historical protagonist : environment and society in pre-industrial England

The agrarian problem in the early fourteenth century