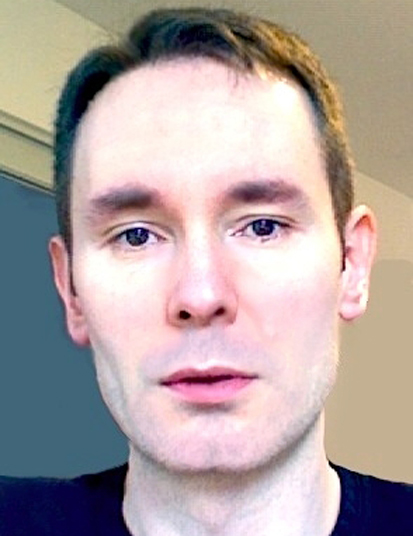 Born in 1966 in Milano
Studied Classical, Medieval, and Modern Greek at King's College London and Linguistic Theory and Comparative Philology at the University of Oxford

Between Greece and Turkey: Shifts in Language and in Ethnic Categories

Undertaken from multiple perspectives, this project focuses on the changing constructions of Greek and Turkish identities - both inside and outside of Greece and Turkey. In particular, it considers how these identities are reflected in the Greek and Turkish languages and, conversely, the role that language plays in Greek and Turkish identities. It then analyzes the peculiar and revealing position of a linguistic community that has transitioned from one identity to the other and does not fit into the official discourses of Greek and Turkish identities: Greek-speakers in Turkey who converted to Islam centuries ago and who have come to be regarded as Turks while still retaining their use of the Greek language. Until recently they have had no contacts with Greece or with standard modern Greek, the paradoxical result being that their Greek - invaluable for Greek linguists - is the most archaic form of Greek spoken anywhere, with some features not even found in the artificially archaic Greek that in Greece was promoted as a key to Greek identity.
The project thus looks at the history of those who identify themselves as either Greeks or Turks, highlighting changes in the concept of Greekness and of Turkishness; it examines the role of historical narratives, literature, popular culture, emblematic cultural items such as food, and - above all - of language in the debates on ethnic and cultural continuity and "purity" in Greece and Turkey. Background themes in the project include the formation of national identities cross-nationally, historical revisionism, nationalism, the challenges of globalization, diaspora communities, cultural hybridization, the social, political, and psychological uses of collective identities for in-groups and out-groups, the shifting ethnic classification of many communities, and the manifold and optional variables used to assign ethnicity. Among these variables, language is frequently used as a symbol of belonging and continuity and also as the rationale for political claims - but with illuminating variations and exceptions.

Bortone, Pietro. Greek Prepositions: from Antiquity to the Present. Oxford: Oxford University Press, 2010.
-. "Greek with no History, no Standard, no Models." Standard Languages and Language Standards: Greek, Past and Present, edited by Alexandra Georgakopoulou. Farnham: Ashgate, 2009.

The Black Sea coast of what is now northern Turkey was inhabited by Greeks from at least the 7th century BCE. After the defeat of Greece in the Greek-Turkish war of 1919-1922, all the Greeks were expelled. The war was a showdown between two long-standing enemies, and its aftermath was a turning point in the history of Modern Greece. Banishment from Turkey meant not only the loss of home for countless Greeks; it meant, for all Greeks, the loss of the expectation that Greece could be restored to the size, strength, and prestige of an earlier era - an era upon which modern Greeks based their identity and international standing.

In secluded parts of northeast Turkey, nearly a century after all Greeks were forced out, Greek speakers can nonetheless still be found in a few small villages. They do not, however, identify as Greeks, but are, like the other inhabitants of the region, Turkish-identified, devoutly Muslim, and, not uncommonly, staunchly nationalist. Their presence raises questions about the local history and networks, about the survival of unrecognized languages, about the changing construction of Greek and Turkish social categories, and about common criteria for ethnic classification. The Greek-speaking Turks of the Black Sea region use both Greek and Turkish, in what can be regarded as an ongoing negotiation of their identities; their Greek shows influence from Turkish, but also constitutes a goldmine for Greek philology because it is, paradoxically, the most archaic form of Greek spoken anywhere: it has features that are not preserved even in the artificially archaic Greek that in Greece was promoted as a key to truer and purer Greekness. In Turkey and in Greece, these Greek speakers (to the extent that they are known about) are often the subject of gross misconceptions and even hostility, since they sit uneasily with the current understanding of both Greek and Turkish national identity and culture.

Greek prepositions : from Antiquity to the present

Greek with no models, history, or standard : Muslim Pontic Greek

On the Ancient Greek nominative

Division of labour according to age : the medieval Greek propositional system

The status of the Ancient Greek cases