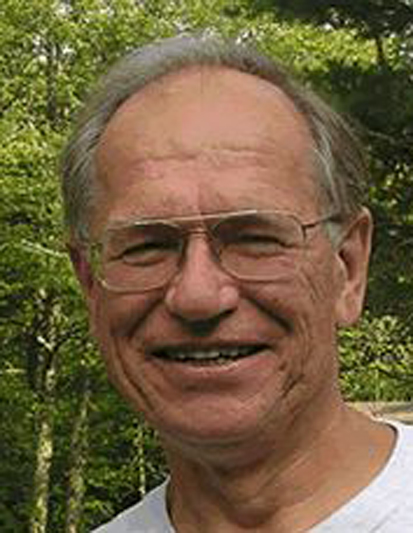 Lewis and Clark Professor of Biology

There are still huge gaps in our knowledge and understanding of host-pathogen evolution. For example we do not know why host populations, including humans, have overt genetic variation for resistance to some diseases, yet very little genetic variation for resistance to others. Nor do we know why the genetics of resistance is sometimes complex, but in other instances very simple. I will continue to investigate why humans have genetic variation for resistance to some diseases and not others. In conjunction with my colleagues, we will use theoretical approaches to investigate the evolution of host-pathogen genetic systems. I will investigate the nature of research on evolution and infectious disease and the structure of the underlying science. For example, do we need more theory or model systems, or how can researchers in evolution address pressing problems? I will also investigate the distribution of disease on a phylogenetic level; certain organisms seem not to get diseased. For example, there are no known bacterial or viral diseases in mosses. Is this because these organisms have not been studied, or do they have "fail-safe" resistance mechanisms? If so, why does evolution in the pathogens fail to overcome this resistance? I would also like to investigate why the germ theory of disease failed to be developed in Germany in the first half of the 19th century, in spite of the rapid development of German sciences at that time.

Antonovics, J. 2009. "The effect of sterilizing diseases on host abundance and distribution along environmental gradients." Proceedings of the Royal Society of London, Series B 276: 1443-1448.
Lockhart, A. B., P. H. Thrall, and J. Antonovics. 1996. "The distribution and characteristics of sexually transmitted diseases in animals: Ecological and evolutionary implications." Biological Reviews of the Cambridge Philosophical Society 71: 415-471.
Nunn, C. L., J. L. Gittleman, and J. Antonovics. 2000. "Promiscuity and the primate immune system." Science 290: 1168-1170.

My talk will have two "narratives", connected by common endpoints. The narratives will be "causal chains", one historical, the other scientific. Both relate to our public project at Wiko: failures in disease (which I softened to "limits to disease control" in the Fellows' brochure).

The historical chain represents my personal project at Wiko (of course, I also have a secret one). I am investigating the impact of a plant disease, anther smut, on the thinking of two famous biologists, Darwin and Linnaeus, and how (or if?) this thinking has had consequences for how we understand infectious disease in the present biomedical era. Linnaeus developed a cogent germ theory of disease, but was generally ignored. Darwin wasn't interested in disease, and we have suffered ever since.

The other chain is scientific. This will show how our present day research on anther smut, the disease that brushed the lives of Darwin and Linnaeus, can produce insights into human diseases. The most dangerous infections in nature are those that are sterilizing and sexually transmitted, not those that kill the individual, because they are most likely to result in extinction. However genetic variation in resistance greatly affects the outcomes. This leads to many questions about human populations: Why do humans have genes that resist some diseases but not others? What role does evolution play in controlling disease in nature? What role does evolution play in our failure to control infectious disease in humans?

The value of concept : lessons from the evolution of antibiotic resistance

A translation of the Linnaean dissertation The Invisible World

Too big to handle? : interdisciplinary perspectives on the question of why societies ignore looming disasters

The mosquito : an eloquent defence of Linnaeus

Evolution by any other name : antibiotic resistance and avoidance of the e-word

Promiscuity and the primate immune system