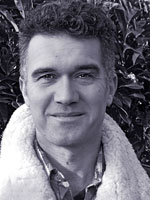 Complexity and Flexibility in Animal Communication

The Psychological Basis of Complexity and Flexibility in Animal Communication

Communication in humans is characterised by a high degree of mutual awareness between the signaler and receiver. Meaning emerges, not so much as a function of the specific referent linked to an utterance, but from the intention the signaler is trying to convey to a receiver by means of some utterance. This is one of the reasons why pointing, a semantically vacuous signal, can readily convey the same complex meaning as a structurally complicated sentence. This high degree of complexity and flexibility is not usually seen in animal communication, and it calls for an investigation of its evolutionary origins. My project thus has three main goals.
First, I will conduct a broad and comprehensive review of the empirical literature on animal communication to search for evidence of intentional signaling. The focus will be on non-human primates, which are particularly prone to high levels of social awareness and goal-directedness. This review will feed into a book project that is part of the focus project carried out with Dr. Janik. For this purpose, we will also consult with other experts in the field and run a number of workshops.
Second, together with my postdocs and doctoral students, I will examine our existing primate vocalisation database, compiled at our field sites in the Ivory Coast, Uganda, and Nigeria, for evidence of intentional signaling. For this purpose, we hope to run a series of specific workshops at the Wissenschaftskolleg.
Third, I will develop and design new observational and experimental techniques that are suitable to address the issue of intentionality with free-ranging primates.

The primate roots of human language

The ability to produce speech is probably a very recent event in human evolution, coinciding with the emergence of anatomically modern humans some 200,000 years ago. How did earlier groups of humans communicate? The fossil record is notoriously unreliable for studying cognitive traits, which constrains empirical research mainly to extant systems. I will briefly discuss some findings on communication in congenitally deaf and pre-linguistic children before focusing on the natural communication of our closest relatives, the great apes. This research has revealed a range of precursor abilities relevant for language, but it has also highlighted startling gaps and discontinuities. In particular, non-human primates do not appear to be very cooperatively minded and, perhaps as a consequence, are less motivated to establish common ground during acts of communication. How humans have evolved their highly cooperative nature is not so clear, but evolutionary pressures in terms of foraging and breeding are promising candidates. In conclusion, human language is probably much older than speech itself, with roots deep in the primate lineage. The key evolutionary transition to spoken language probably had less to do with sophisticated vocal control but more with enhanced motivation to cooperate.

The evolution of surface and deep structure in primate communication

Communication during sex among female bonobos: effects of dominance, solicitation and audience

The development of a greeting signal in wild chimpanzees